WE ARE VERY DISAPOINTED-----DANFO DRIVER ( Exclusive ) 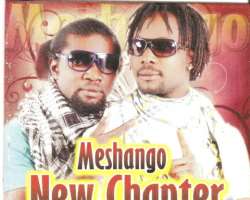 Events Aloud, D&I Entertainment Danfo Driver, management and record label company are very disappointed in the list of nominees of the much talked about Entertainment Awards in Nigeria.

Is Danfo Driver's kind of music not recognised or can't they compete on the international scene?
These are the questions asked by Danfo Driver Management team.

On the recent Hip Hop Awards and Nigeria Entertainment Awards (NEA, New York ) Nominees list we saw some categories we feel that we should have been nominated in because our music has always done well on radio, TV and internet. And again we think that the categories are redundant.

You would recall that Danfo Driver first hit the limelight with their maiden monster album AM A DANFO DRIVER SUO which took both Nigeria and the international music scene by storm. The hit was used in the soundtrack of the Hollywood movie, "Phat Girlz". The second album POLONGO proved even more successful than the first. MIMI, one of the tracks from the MESHANGO album is already enjoying massive airplay. The truck is from the 3rd album which we trust will follow the path of success set by the previous ones.

We have performed around the world: Greece, Sweden, The U.K., Germany, Spain, Italy, Switzerland, and a host of other major European countries. We have toured in Sierra Leone, Benin Republic, Togo, Ghana ,etc .Our music enjoys a global acceptance the world around and we have developed a solid international fan base. In 1`fact most of our tracks, if not all of them, have always been anthems of sorts in Nigeria and all over the world.

When you check the list of nominees, apart from Dbanj, Tuface, 9ice and Psquare, who else is enjoying international exposure like we do? Who else is selling Nigerian music to the world like we do?

According to Events Aloud Entertainment, Danfo Driver management company Awards, we Danfo Driver are the biggest reggae duo in Africa. Should you know, we are not even thinking of changing our Ajegunle pattern of music, but we would rather position it as one of Nigeria's most wanted genre of music because it has always enjoyed support.

We are never the less happy that awards organizers are springing up, also improving on the quality of the events put together to celebrate Nigerian artistes. We are also here to support their efforts in making the Nigerian entertainment industry great but more needs to be done in giving honours to well-deserved people like us.