WHICH MAN SHOULD I CHOOSE? 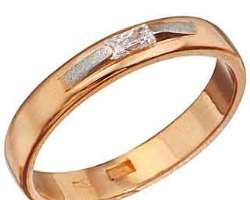 Dear Forumist,
I'm having some internal conflict here. Well, I'm in a violent relationship with my husband of eight months (but we've been together for three years and have a one year old son) but I'm planning on leaving him and getting a divorce, my husband doesn't know this.

If I told him now while I'm still living with him, he'd be sure to hurt me again. Right now, I've been putting on an act to keep him calm lately and its messing me up inside. My husband said that he knows he's wrong but wants to be better for me and my son. I've heard this many times before but nothings changed.

Well on the flip side, I'm getting together with my ex in private. My ex knows about my problems and wants to be there for me. My ex never put his hands on me or threatened me in the past like my husband does. He was raised by his father to respect women.

My ex always had relationship problems (not with me) where he would buy his women extravagant things only to have them cheat on him or break his heart. But I was never like that, we've been friends for eight years and always thought about each other and cared about each other the whole time.

Now that he's single again from his ex-fiancée who broke his heart and with me working on escaping my abusive husband, we decided that we wanted to work through this together and he said he would raise my son as his own.

But my ex will only be here next month for two weeks, go back to the United states for five months then will be moving agian...This will be hard on me. And now, I am having second thoughts.

Do I stay with my husband, who says he would change or my ex, who cares about me but will be a difficult relationship?

I currently live with my husband. So I literally have no where else to go at this point.