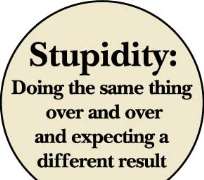 By Tashikalmah Hallah & Nasidi A Yahaya
Only 25 members of the House of Representatives from the 19 Northern States, representing about 13 percent of the North's total 190 members in the House, sponsored any bills in the last two years, according to the House's midterm report on legislative performance.

The bills sponsored by the MPs from the Northern extraction however, contradict those sponsored by Members of the House from the Southern part of the country.

According to the Mid Term record of bills in the House of Representatives released by the Rules and Business Committee, 170 bills were sponsored by 73 MPs, with Reps Mayor Eze and Tunde Akogun topping the list of most productive MPs with 8 bills each. House Speaker Dimeji Sabur Bankole sponsored a bill, as did his predecessor in office, Mrs. Patricia Olubunmi Etteh.

The bill sponsored by Bankole is titled “National Office of Government Performance, Auditor and Accountability Bill, 2008” which is currently awaiting second reading. Mrs. Etteh's bill is “Maternal, New Born and Child Welfare Health Services Bill, 2007.” It is yet to be reported out of committee to which it was committed.

Some of the bills were forwarded to President Umaru Yar'adua for his assent while the others are either in the Senate for concurrence or at various stages of legislation in the lower chamber. However, nine others have been concluded in the Committee of Whole but do not have clean copies yet.

The Representatives generally appear to have done better in the area of motions. A total of 84 members brought motions between June 2007 and June 2009. Interestingly, some of those who sponsored bills also registered their names in this area.

This midterm assessment of the entire House did not paint a good portrait of the majority of its members, who are often accused of collecting huge amounts as salaries and allowances for doing very little in terms of the legislative duties and responsibilities, which constitute their primary mandate as legislators.

However, Rep Terngu Tsegba (PDP, Benue), Chairman of the Northern Caucus in the House of Representatives, said they are worried about the level of performance of MPs from the North. He said the Northern caucus has hired Umara Kumalia consulting firm to fashion out an agenda for the Northern MPs.

Tsegba said, “Actually, I am worried but we have been trying to address the issue. We're planning a retreat in Kaduna to discuss matters that relate to the North. But it's unfortunate that some Members elected to serve their constituency have not been attending plenary or even committee activities in disregard to the constitutional provision that made it mandatory to attend 181 days sitting within a session

“It's unfortunate that some our Members paid Chamber attendants to sign the attendance register for them. There is one Member who has not attended plenary session even once since the inauguration. This is sad thing for us.”