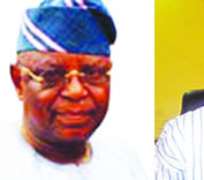 Lagos State is set to conduct the Local Government elections. CHINELO OBOGO x-rays the issues, and the stakes

For a commercial state like Lagos, the prospect of occupying a political position no matter how little is a desire that many politicians yearn for. This, no doubt, has made even the local government and councillorship elections a survival of the fittest. Since the former governor of Lagos State, Bola Tinubu, created 37 Local Council Development Areas (LCDA) out of the 20 local government areas, elections into these LCDAs have been very keen. The reason may not be far from the fact that the local governments and wards are considered to be the closest to the grassroots and as such, political parties struggle to gain control of them.

So far, the Action Congress of Nigeria (ACN) has been in control of the 57 local government and development areas while the Peoples Democratic Party (PDP), which is considered to be the only visible opposition in the state, is yet to stand on its feet in terms of winning elections. It boycotted the last local government elections on the grounds that the 37 LCDAs created by the former administration were illegal. The state party chairman, Setonji Kosheodo, had told newsmen that the party boycotted the elections because it believed that the government did not follow due process in creating them, therefore, making them illegal. This action, no doubt, gave the ACN a firmer grip, both at the council and ward levels, as it swept the polls.

Following a Supreme Court judgement, which had earlier upheld the creation of the 37 LCDAs, the state is set to have local government elections in the 57 local government areas. Meanwhile, the Lagos State Independent Electoral Commission (LASIEC) has set October 22, 2011 as the date for the elections. While speaking at a meeting the commission held with political parties, LASIEC Chairman, Justice Afolabi Adeyinka(retd.), said despite the controversies surrounding the conduct of the proposed elections, the commission would go on with the elections based on the ruling of the Supreme Court, which maintained that states were empowered to create local governments.

'We held this stakeholders meeting in order to release guidelines for the elections. All electioneering and campaigns are expected to have started and should end on October 20. The issue of the creation of 37 LCDAs has been rested by the Supreme Court and we are conducting elections based on the ruling which it gave,' he had said.

For the state PDP, the oblivion which it is gradually being pushed into may have made it have a rethink on participating in the elections. Unlike the last elections which it boycotted, Kosehodo has stated clearly that his party will participate fully in the forthcoming elections. He told newsmen that 'we did not participate in the last elections because we believed that the process which led to the creation of additional 37 LCDAs was illegal. Since the Supreme Court has ruled on the matter, we will participate fully in this election and we will field candidates for all the positions.'

This move by the PDP is seen by analysts as a right step, considering the continuous defeat the party had suffered both at the governorship, National and State House of Assembly elections. It is believed that if the party boycotts this election as it did the last time, it may further sink into political oblivion.

Reacting to Kosheodo's statement, the Chairman, of LASIEC's Operations and Logistics Committee, Musbau Oyefeso, told Daily Sun that the commission was elated at the PDP's decision to participate.

Indeed the jostle for chairmanship and councillorship positions has heated up, and aspirants are squaring up to the challenge. Daily Sun reliably gathered that in Surulere Local Government alone, over 25 aspirants have indicated interest in the chairmanship position. For both incumbent and aspiring chairmen, it may not be 'business as usual' as the ACN State Chairman, Henry Ajomale, has said in plain terms that any incumbent chairman, who has not performed well will not be returned. Already, ACN primaries have been conducted in some local governments areas and Daily Sun gathered that some incumbent chairmen, who performed below expectations, were dropped. Also some councillors, who were at loggerheads with their chairmen were also denied return tickets.

When Daily Sun sought the opinion of an AC N chieftain, who did not want his name in print, to assess the performance of many of the incumbent chairmen, he simply said: 'If I had my way, none of these chairmen would return.' When asked why he said so, he simply replied that it was because they had not performed well.

This assertion may not be far from the reality on ground as a check by Daily Sun across some local councils in the state revealed sparse development. Besides a few chairmen who have succeeded in carrying out some developmental projects, many of the councils can boast of very little development.

This in no small measure can give the PDP an edge over the AC N if it decides to leverage on the unpopularity and conflict between some of the chairmen and their subordinates. But only the outcome of the elections can determine how well the opposition parties prepared for the elections.