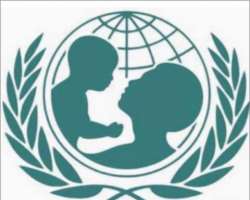 LATE last year, Nigerians and the rest of the world were jolted by a documentary on Channel 4 in the United Kingdom about child witches in Akwa Ibom, a revelation that made Nigerians both at home and in Diaspora to lend a helping hand to the children at the Child's Right and Rehabilitation Network (CRARN).

The reach out has continued with the latest being an agreement by UNICEF to publish a manual about the progress of the children and also to train some of the children at the centre for a month in an FM station to produce radio programs they would use in fighting the child witch scourge which is still prevalent in Akwa Ibom State.

Trend'tainment was informed by a Canada-based Nigeria, Mr. Chidi of this development.

“UNICEF has agreed in principle to publish the manual. They say they will be handing the printing through their own publishers. They have also agreed to do a radio training for some of the kids at the CRARN centre starting sometime in March. The idea is to train about 20 of the kids for a month at an FM station and get them to produce some radio programs during that period,” he said.

Sam Ituamah who is the founder of the centre said that he is happy about the development as it would further help in checking the attacks on the children.