THE GAS REVOLUTION, A BLESSING TO THE NORTH 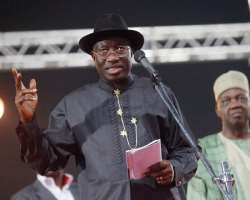 Rather than continuously scarify the president on issues that ordinarily would not make the front page of any discerning national daily, lets pause, take a hard look at the past, let’s not even venture too far back for fear of the selective amnesia that seems to be a plague these days, every building stands on a foundation the strength of which determines the quality of that building, did our past leaders lay a good foundation for a strong Nigeria? Have we as a people been fair to ourselves? We all know the answers to these questions. Lets now look at the prevailing situation in direct retrospective relation to the past, its more or less likened to inheriting a building with a weak foundation on which you are expected to continue building, at this point it’s either you bring down the whole structure and begin afresh on a stronger foundation or find a way of strengthening the existing foundation before building on top. Once you do a critical risk assessment of our predicament as a nation you will agree with me that the latter option will be the better of the two.

Now let’s shed the toga of sentiments and take a discerning look ahead, will these foundations that Jonathan is laying strengthen our tomorrow? The electoral reforms, the banking sector reform, the economic and power sector reforms, the transport sector reforms which includes rail, waterways and road infrastructures, the constitutional amendments and of cause, the gas revolution. With prudence and commitment I make bold to say that the answer is in the affirmative. Less I deviate too far from my topic of discourse which looks at the linkages in the gas revolution as regards to agriculture and the environmental degradation in the north.

The gas revolution recently launched by the president is a long term project which has a gas master plan to be implemented over the next four years; a total of about $20 billion will be spent in building the infrastructure which will include a world class petrochemical and fertilizer plants across the six geopolitical zones and two new liquefied natural gas plants that will produce ethanol, a product that will boost power production and industrialisation. More interestingly, this will make Nigeria a hub in fertiliser production for both local use and export to other African countries.

The mainly agrarian northern part of Nigeria produces about 70% of the food consumed in the country and this is achieved through the output from peasants who toil to cultivate their crofts. Farming is the main stay and the major employer of labour in the north today, yet it is the list funded. The discovery of oil has had an adverse effect on agriculture in Nigeria as quick money from oil related ventures has created a steady rural to urban area migration, an albatross to commercial farming. An accelerated and uncontrolled tree felling for use as firewood consequent upon a population explosion and its attendant cringe of poverty also contribute immensely to the desertification of a hitherto arable land, hence triggering migration to other menial jobs in the cities occasioned by the lack of a productive farm land.

Those who still manage to have an arable croft and the will to continue farming are further challenged by the availability of fertilizer which today has been so politicised and turned into a way of making quick money by some greedy politicians in the north all at the expense of the poor farmer. But the bitter truth is that our future ultimately depends on the diversification of our oil based economy through an aggressive revival of the agricultural sector today.

The gas revolution is certainly a blessing to the north as the forward and backward linkages of the project will have a direct impact to the common man in his farm from taraba to zuru in kebbi state, fertilizer shortage will be a thing of the past and the huge sums of money being spent by state governments to import the commodity can now be utilised on other projects that will benefit the society. I have deliberately not dwelled on the anticipated 600,000 jobs or so this investment will create across the nation, a gas pipeline will also be built from calarbar to kano, the availability of affordable cooking gas will therefore greatly reduce the use of firewood in the northern homes hence, a respite for our fast depleting forest and the attendant challenge to the environment.

If nothing else, I feel this is something worth celebrating as a people centric foresight that we must all join hands and heads to ensure its full implementation by this administration for the good of all. It is actions like these that should form the yardstick of measuring the performance of any leadership, not those fed by primordial sentiments that will do no one any good. Sometimes, the perceived failures of the leadership stems from the failure of the followership.