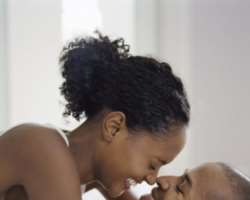 Her name was Peju. And she was beautiful — really beautiful! She had the statistics of a world class beauty queen. She loved money with a passion comparable to a glutton's love for food. She never denied the fact that she loved money. Nothing attracted her to the opposite sex if not for cash. She would even boast to her friends that “a man who is poor can never taste the inside of my 'Sweet Coconut'.”

Men were always afraid to woo her because of her rudeness and pomposity when it comes to matters of the heart. Peju dated only rich guys and wealthy men. Funny enough, she's not from a rich background. Peju came from a very poor and humble family. She lived with her parents in the poverty-stricken areas of Ajegunle, the notorious 'jungle city' in Lagos, where the downtrodden eke out their living. A famous poet once wrote: “Full many a gem, of the purest ray serene, the dark unfathomed caves of oceans bear.” This simply means that beautiful things, like gems or gold could be found in strange places, where you least expected them. That was the case of Peju. You need to see her. She was tall, gazelle-like, charming, light-skinned and enchanting. Her skin was soft, supple and velvety. Her boobs were round and well shaped. Her figure was fantastic and alluring! Her curves were enthralling. She was a ravishing beauty to behold!

Peju was walking leisurely along the street one Saturday afternoon when a sophisticated Lexus Jeep pulled up beside her. The highly expensive automobile was metallic black in colour, and the young man behind the wheels was Bayo Adeoye, son of Chief Adeoye, the multi-billionaire businessman.

“Hello Angel!” Bayo called as he applied the brakes. The tinted window of the Jeep slid down smoothly; Bayo stretched out his left arm and beckoned to the sweet-looking girl who was strolling in a majestic style. Her celestial beauty had befuddled and overwhelmed the young man as he began to admire her from head to toe.

“Boy Oh boy!” Bayo exclaimed, “I'm madly in love with you! Hope you don't mind. This is what's called 'Love at first sight'! Let me give you a ride to your destination.”

Peju looked in his direction, smiled and gesticulated that he should come down for a chat. Without mincing words Bayo opened the door and got down instantly. He was well dressed, in designer wear, and he was tall, dark-skinned and handsome. Peju admired his elegance and stature; she could perceive the smell of money all over the young man.

“I'm Bayo Adeoye sweety,” he gestured, “let me know your name. I'm in love with you already. I assure you, you'll enjoy every moment with me, sweet girl!”

“Bayo Adeoye,” Peju repeated, “are you the son of Chief Adeoye, the international businessman and multibillionaire?”

“I'm all yours for the asking!” Peju said excitedly, “let me join you immediately, I'm so much in love with you!”

Lo and behold, that day Peju entered the jeep and followed Bayo home. Bayo lived in Ikeja Government Reserved Area, where only the rich dwells.

Bayo parents' mansion was something out-of-this-world. It had all the paraphernalia and trappings of wealth. It had a swimming pool, a movie hall and even an escalator. It was a 'waooh' kind of a building; very sophisticated and must have cost billions of naira to erect.

Immediately Peju stepped down and caught sight of this great mansion, she was really overwhelmed and numbed with surprise! She couldn't say anything. There and then, she made up her mind that whatever Bayo wanted she'd give it to him. The jeep was parked in an underground garage. Instantly Bayo stretched out his hand and Peju grabbed it romantically, giggling and smiling as if he had known him for ages. Bayo took her inside the sprawling mansion to meet his parents.

“This is my new girlfriend, dad, mum!” Bayo said.

“How are you doing, young girl?” his parents asked the love-struck Peju. She was already kneeling down, smiling adoringly.

Without much ado, Bayo called her to join him at the dining table. She obliged instantly.

After taking a sumptuous meal, Bayo took her to his own apartment in the magnificent mansion. The place was tastefully furnished and splendid. Later Bayo called her to follow him inside the bedroom; Peju obliged and followed him like a ram being led to the abattoir. Bayo was in 'romantic mood' and he didn't hide it. He brought out a condom and was about using it when Peju moved closer and whispered: “Please, don't use the condom!”

One thing led to another and they made love. An hour later Bayo drove Peju home in another exotic car - a BMW 2006 model. For many days after that rollicking session, Peju didn't set her eyes on Bayo. She always took the pains to visit the young man, but most times he wasn't at home. Surprisingly that same month of July Peju missed her period; that means she was pregnant! She was not bothered. She felt so happy that at last she was pregnant for the son of a rich man.

“Life would be sweet,” she thought. She made up her mind to visit Bayo early on a Sunday morning to give him the good news. She calculated well; that Sunday morning she met Bayo at home. She told him that she was pregnant for him.

“Pregnant for whom?,” Bayo queried in anger.

“You of course … darling,” she replied, very worried.

“It can't be me, you must be kidding!” Bayo replied. Peju left Bayo's room in tears and went to see his (Bayo's) parents. They were blunt and hard on her. They told her that their son wasn't ready for marriage or to father a child at the moment. And that she should look elsewhere for the father of her yet unborn child. She broke down in tears. Peju left them in tears and resolved to terminate the pregnancy. She went to a doctor in order to abort the pregnancy; but she was told that if she tried it, it could lead to death. She tried another hospital but she was told the same thing. Later she resolved to have the baby. For nine agonising months, Peju carried the pregnancy. Her parents who were very poor had always warned her of her waywardness and loose lifestyle but she had always refused to listen and change. So they watched her as she bore the burden of motherhood; there was nothing they could do, being so poor. It was only Peju's friend, Jane that consoled her throughout the nine months of pregnancy.

Jane was a brown-skinned, intelligent and hard-working young girl. She was the direct opposite of Peju. She was five feet tall; and very humble also. She was a student of Lagos State University, studying mass communication.

“Why did you have to take the plunge just like that?” Jane asked for the umpteenth time. “A man you barely know, a total stranger, you allowed him to make love to you without considering the dangers involved. There are lots of venereal infections out there! What about HIV/AIDS pandemic? Peju! Stop crying, you caused all these yourself. You should be careful the way you live your life,” she admonished.

“Look before you leap next time,” Jane concluded.

“It's a mistake, Jane,” she cried, “I'll never fall for such a thing again in my life,” she sobbed.

Exactly the next day Peju was delivered of a baby boy at her parents' residence in Ajegunle. They couldn't afford to take her to the hospital for delivery. The young child, till today, has no father. The little boy was named 'God's time'.

All that glitters isn't gold after all and a word is enough for the wise. Life is delicate and one should wait for the right time, which only God knows.