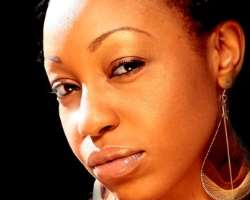 The movie stars, who were selected after a rigorous private screening, are to be paid N50 million each, up front. This, http://nollywoodgists.com exclusively gathered, also includes being paid for each event the Nollywood stars are invited to attend. It was also learnt that some of the appointed actors and actresses include Uche Jombo, Funke Akindele, Monalisa Chinda-Richards, Rita Dominic and Chioma Akpotha.

Others are Ramsey Nouah, Desmond Elliott, Jim Iyke, Nonso Diobu and Mike Ezeruonye. Some of the movie stars could not confirm this development at press time. Also, calls to Globacom were unsuccessful.

These actors and actresses have been making waves in the movie industry in Nigeria in recent times. For instance, Uche Jombo has featured in movies interpreting roles for some time now and is planning to get married to Uche Ikechukwu, a footballer, very soon, while Funke Akindele became a household name with the TV series I Need To Know.

Akindele was also the lead actress in the Yoruba movie, Jenifa, which won her the Future Awards recently.

Rita Dominic was not long ago crowned Best Dressed Actress in Nollywood, while Chioma Akpotha was free of controversies until she had a brawl with fellow actress, Oge Okoye, and this almost brought down her career.

Sources claim that Ramsey Nouah is the second highest paid actor in Nollywood, as he gets N1.5 million per script.

Although sources close to the telecommunications firm did not state the criteria used for selecting the newly appointed ambassadors,http://nollywoodgists.com reliably gathered that the rigorous exercise was done for months before the final list was released.