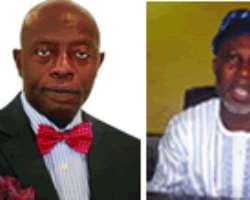 For over a decade, the Peoples Democratic Party (PDP), the self-acclaimed largest political party in Africa has controlled power at the national level and also in many states. It was not until the conclusion of last April elections that the fortunes the party had at the National Assembly and some states gradually declined.

In the Lagos State Chapter; inter party crisis, mass defections of prominent members to other parties and the demise of some may have dwindled its fortunes. CHINELO OBOGO writes

The unending crises
For a large party like the PDP, the conclusion of the 2003 elections which further saw to its wide spread across the country could be said to have been the best season for the party. From the 21 states it captured in 1999, its number shot up to 28 after the 2003 elections. This euphoria was to be cut short when after the just concluded April elections; it lost control of over four states and many seats at the upper and lower legislative chambers.

This loss did not come as a surprise to the electorate considering the party's growing unpopularity and the inter-party crisis that engulfed some states chapters in places like Ogun, Anambra, Oyo, and Lagos.

Besides Ogun, the Lagos Chapter of the PDP was one of the worst hit by feud and this in no small measure has contributed to its continuous defeat at the polls.

Though the party constantly denied the existence of any crisis, political events point to that effect. Long before its defeat in 2007 by Babtunde Fashola of the Action Congress of Nigeria (ACN), the party was polarised and split into pro-Bode George and anti-Bode George groups with each group jostling for the control of the party machinery. These crises have always adversely affected the performance of the party both at the governorship, National Assembly and State House of Assembly polls as it suffered defeat in most cases.

The defections
Shortly after the 2011 party primaries of the state chapter and before the last governorship polls, many prominent members of the state chapter of the party defected en masse to the ACN. Notable among them are Demola Seriki, former Minister of State for Defence, former State Publicity Secretary, Wale Ahmed, former deputy chairman, Lanre Salau, a leader from Kosofe Local Government, Olawuyi Adegoke, and two former PDP leaders in Epe, Lanre Rasaq and Amusa Bisiriyu. These people defected alongside over 2000 PDP supporters.

At the Ikate-Elegushi open ground in Eti-Osa where they were received by ACN leaders, Seriki had stated that, 'the reason we are defecting is that PDP is a non-people friendly party. They have planned to destabilise Lagos State but we will tell them that Lagos belongs to all of us. The best of Fashola is yet to come.'

A former governorship aspirant and chieftain of the party, Babatunde Gbadamosi told Daily Sun that in every organization, crises were inevitable because everyone will want his own voice to be heard and this he said will most often lead to disagreements. He however does not agree that the fortunes of the party are dwindling. He described the notion as the propaganda of the opposition party.

'In every political organization where you have strong personalities, there is bound to be some sort of friction because everyone will want his opinion to count. The truth is that the PDP is still the most democratic party because unlike some parties, we usually conduct primaries and whoever wins becomes the candidate of the party. No one is imposed on anybody contrary to what is obtainable in some other parties. As far as I know, our party is still intact,' he stated.

With the defections that hit it, the party was left with people like the former Nigerian Ports Authority Chairman, Bode George, the State Chairman, Setonji Kosheodo, Babatunde Gbadamosi, the former governorship candidate of the party, Ade Dosunmu, Former Minister of Works, Senator Adeseye Ogunlewe, the incumbent Ambassador to Ghana, Musiliu Obanikoro, former Senatorial candidate for Lagos-East ,the late Al' Mustain Abaniwonda and a few others.

However, with the recent demise of Abaniwonda who was known to be a staunch member of the party and a leader in Epe ward, the party can aptly be said to be decreasing in numerical strength.

It was the 20th of March, 2011 and the time was 11am. This reporter was scheduled to have an interview with the late Abaniwonda at his office which occupies one of the flats in Bookshop House on Broad Street, Marina Lagos. Upon meeting him, the first thing that struck one was the warm and courteous manner with which he related to everyone including his members of staff. For a man who was obviously wealthy, the usual conceited disposition of well-to-do politicians was surprisingly absent.

In the course of the interview session, another quality which was quickly noticeable was his intelligence and wide knowledge of contemporary and political issues. As a Senatorial candidate of the party in the 2011 elections who sought to represent Lagos East Senatorial district at the National Assembly, he strongly believed that the ideals he stood for and his antecedents would stand him out among other contenders.

These were his (unpublished) words: 'People ask if I am not intimidated by the candidate of the Action Congress of Nigeria (ACN) and I ask; why should I? I have been in active politics even before this democratic dispensation. In 1999, when I was in the Alliance for Democracy (AD), I was one of the Senatorial aspirants for Lagos-East and I almost made it. What happened was that some days to the primaries, the elders of the party appealed to me to step down for Senator Olorunnimbe Mamora who presently occupies the position in the National Assembly. If he could emerge winner, then I who was more prominent in the party then, could also have emerged winner.

It will be wrong to also say that I am contesting for the money. By the grace and help of God, I have succeeded in my career and I am not lacking in anyway. I am purely in this race for service.

When asked what his position was on the issue of part-time legislation, he concurred with it, stating that it was one of the ways the nation can avoid what he described as unnecessary expenditure.

'I do not have the figures being quoted as what federal lawmakers receive on a monthly basis. But if it is true that they earn three times what President Obama of the United States earn in a year, then it is outrageous. I subscribe to part-time legislation where the National Assembly will convene three to four times in a month. In this case, there would not be need for sole dependence on the proceeds from the Assembly. It is because, it has become a full time profession that people do all sorts of things to get elected, but when we make it a part time affair and less attractive, the desperation to get there will reduce,' he stated.

Though the late Abaniwonda did not make it to the Senate like he had always hoped, he did not perform poorly at the polls either. His demise no doubt left a mark in the PDP as it has lost one of its staunchest chieftains.

Can it bounce back?
With the PDP's loss at the Governorship, National and State House of Assembly elections in Lagos, the question political analysts are asking is if the party can make any impact in the forthcoming Local Government elections in the state.

Following the face-off between the Federal Government and Lagos State over the latter's creation of 37 Local Council Development Area's (LCDA), the state chapter of PDP had boycotted the October 2008 Local Government elections on the ground that the creation of the LCDA's was illegal. This action helped the ACN to sweep the polls in the 20 Local Government Areas (LGA) and 37 LCDA's.

In this year's LGA election however, Kosheodo has said that unlike the last elections which the party boycotted, it is prepared to slug it out with the ACN at the polls. But whether it will make an impact is yet to be seen.