TERRORISM: 'THERE IS NEED FOR A CHANGE IN SECURITY STRATEGIES' 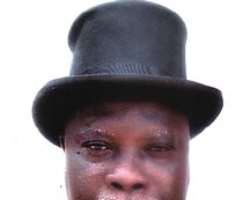 What are the political implications of the current security crises in the country?

There have been several ethno-religious conflicts in the history of Nigeria, but in recent times, these problems appear to be escalating at an intolerable scale. Ethnic and the foregoing problems and criminal activities individually and collectively create insecurity and breach of the peace that are likely to or indeed affect legitimate social and economic activities in the country. These problems also have the very damaging consequence of giving the signal to the rest of the international community that Nigeria is not a safe and secure place and as such not suitable for economic investment and activities. This is particularly important in view of the efforts being made to create the desired atmosphere to attract foreign investment. Beyond the challenges of security concerns on the economic fortunes of the country, the nature of the security problems facing the country also have implications for the country's political system. As mentioned earlier, social cohesion among the various groups and interests is important in the process of national political development. At the political level, the federal, state and local governments should evolve programmes of cultural and political education and orientation that seek to enthrone the fundamentals of democracy so that the political contestants as well as the generality of the citizens imbibe principles and practices essential for sustainable democracy. Such programmes must also address specific tendencies that create security breach and concerns in the country.

What do you see as the biggest security threat to Nigeria?

Some of the biggest threats to security in Nigeria are the ethno-religious fighting such as the Boko Haram insurgency in the northern part of the country, the activities of the Oodua Peoples Congress and 'area boys' in the South-West, MASSOB in the East and the militia groups including MEND attacks in the oil-rich Niger Delta. Most of the violence is said to be rooted in the popular frustration over the government's failure to deliver basic services, poverty and the continuous rise of unemployment. About 65 per cent of the population now falls below the poverty line of a dollar a day. Though largely unrelated, both sectarian clashes, violence in the oil-rich Niger Delta and the Boko Haram insurgencies present the government with a major security challenges. Since 1999 when the democratic government came to being in Nigeria, more than 15,000 Nigerians have been killed in sectarian, communal, militia, cultist and terrorist violence. Recent events particularly, the activities of Boko Haram in some parts of the North, before and immediately after the elections, have exposed the country's deep divisions. The unending violence in Jos, Plateau State is also another worrisome concern to national security. Nigeria's security problem is worsened by the infusion of religion as a motivation and rationale for the activities of those now raising insecurity to a frightening level. The frequent religious riots in Jos, Sokoto, Maiduguri, and other places in the North are directly caused by religious intolerance. Such riots have caused massive losses but the government has not been able to bring it under permanent and lasting control. A new aspect of this security problem is the role of the Boko Haram Islamic State Movement. The activities of this group are frightening. Despite the death of its leader (Mohammed Yusuf) and several hundreds of his supporters at the hands of the security forces after the group attacked police stations in Maiduguri in 2009, it is still strong and resorting to terrorist acts in pursuit of its goals-fighting for a separate, independent, and sovereign state whose legal system will be based on the Islamic Sharia Law. Unlike the other groups, however, it poses greatest threat to the country and others in the West African sub-region because of the sentiments underguiding its formation and operations.

In view of the bombings in different parts of the country, would you say terrorism is now a reality in Nigeria?

Nigeria came to the limelight as a terrorist nation in 2007 when the United States put the country on a list of countries with ties to terrorism and announced that there was information that Western and US interest was under threat from terrorist attack in Nigeria. The country was eventually removed from the list and the US later said there was no specific threat to its interest in the country. Thereafter, Nigeria came into the international limelight in 2008 because of the militancy in the Niger Delta and the Boko Haram and Maitasine sects in the Northern part of the country. The country was again listed among the terror-prone countries in the world along with Iraq, Libya, Lebanon, Pakistan, Saudi Arabia, Algeria, Yemen, Somalia and Afghanistan on January 4, 2010.The reason was the unsuccessful attempt by Umar Farouk Abdul Muttalab to blow up a plane heading to Detroit Michigan in United States. That led to Nigeria being listed as one of the countries to watch as a terror state. The country was removed after much outcry and pleading by the government and people of Nigeria. Most terrorist organisations seem to operate independently, in actual facts they work closely with one another in the area of information sharing, arms procurement, funding, training and intelligent. Of all the groups, the Al-Qaeda, Hammas, Real IRA, Lashkare-e-J-Toiba, Lashkane Jaangri daish-e- Mohammed, Ashatal-Ansar, Abu Sayyaf group, Egyptian Islam Jihad and few others are the most spread and organised but the Al-Qaeda and Liberation Tiger Of Tamil Eel am are the most deadly among them.

From your experience, which group or countries could be financing terrorism in Nigeria?

The US had accused some countries of sponsoring terrorism and placed them on the list of terrorist nations. Some of these countries provide weapons, training and fund terrorist organisations. Some other countries had also accused the US of being a major and leading sponsor of terrorism across the world. Some known sponsors of terrorism in the world include Iran, Venezuela, Cuba, Sudan and Iraq. Others are Syria, Libya, North Korea, South Yemen, Russia, USA and China. Other major sources of funding for terrorist groups include kidnapping for ransoms, bunkering, smuggling, fraud, robbery, tax and trading on drugs and weapons.

Many equate terrorism with the global jihad by militant Islamic groups. Are they the same thing?

Simultaneous bomb attacks on the US embassies in Kenya and Tanzania in 1998 followed by the 9/11 tragedy in 2001 marked the globalisation of terror in which a populist and possibly negotiable cause within the nation state becomes subservient to principled grievances against the world order, communicated through the tools of globalisation led by the internet. Both attacks in Africa were traced to the Al-Qaeda group headed by Osama bin Laden.

Its ideology is shaped by the belief that Islam is being degraded and humiliated by western values, with particular disgust reserved for those Arab countries, such as Saudi Arabia and Egypt, which are close allies of the US. The plight of the Palestinians is a rallying call for Al-Qaeda whose central goal is to expel Americans from Muslim lands and dismantle pro-US Middle Eastern governments. The extreme form of fundamentalist Sunni Islam adopted by Bin Laden and his closest associates is often described as jihadist and is believed to have been inspired by an Egyptian radical, Sayyid Qutb, who opposed the Nasser regime. The manic ideology of Al-Qaeda has no roots in mainstream Islam which shares core values of peace and tolerance with the world's major religions. The Koran teaches that the killing of innocent humans is a crime and that suicide is unacceptable. So the global jihadist movement should not be equated with terrorism.

What counter-terrorism measures should be adopted to safeguard the country?

Building a counter-terrorism plan involves all segments of a society or many government agencies. In dealing with foreign terrorists, the major responsibility is usually at the national level. Because propaganda and indoctrination lie at the core of terrorism, understanding their profile and functions increases the ability to counter terrorism more effectively. Most counter-terrorism strategies involve an increase in standard police and domestic intelligence. The central activities are traditional: interception of communications, and the tracing of persons. New technology has, however, expanded the range of military and law enforcement operations. Home grown terrorists, especially lone wolves are often harder to detect because of their citizenship or legal alien status and better ability to stay under the radar. To select the effective action when terrorism appears to be more of an isolated event, the appropriate government organizations need to understand the source, motivation, methods of preparation, and tactics of terrorist groups. Good intelligence is at the heart of such preparation, as well as political and social understanding of any grievances that might be solved. Counter-intelligence is a great challenge with the security of cell-based systems, since the ideal, but nearly impossible, goal is to obtain a clandestine source within the cell. The human security paradigm outlines a non-military approach which aims to address the enduring underlying inequalities which fuel terrorist activity. Causal factors need to be delineated and measures implemented which allow equal access to resources and sustainability for all people.

Does Nigeria need a CTU modeled after the US SEAL to combat terrorism?

With recent activities and attacks by the Boko-Haram in the different parts of Northern Nigeria, including Abuja, the need for elite Counter -Terrorist Units is more crucial than ever. Throughout the world, government and militaries set up small elite tactical units for the purpose of dealing with terrorist threats. Across the globe, many countries have their CTUs tasked with the duty to neutralize terrorist threats. For example, the US has four main units, tasked with counter terrorism and they are the FBI, the Navy SEAL also known as the Delta Force, the DEVGRU also known as 'Seal Team 6'or the Special Force Operation Detachment Delta, and the CIA -Special Activities Division. The British has the Special Air Service and Counter -Terrorism Command. The CTU of Nigeria should be under the command of a director who will have operational autonomy and control from the National Security Adviser and report directly to the President, but will administratively be under the command of the NSA, who shall be responsible for all the posting and supervision in the unit. The unit should be tailored towards the British 22 Special Air Service and that of the USA Delta Force or SFOD-D. The setting up of the CTU will to a large extent reduce the activities of criminals, who in the past committed crimes without being detected.