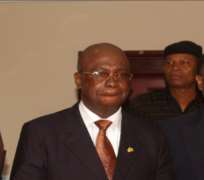 I feel obliged to make this passionate appeal to the Governor of Ebonyi State, Chief Martins Elechi. The education system in the state has rotten. Although this is not to compare Ebonyi state with its neighbouring states, it has become imperative to note that the level of education in some states of equal age with Ebonyi has progressed.

During the past government of Dr. Sam Egwu, there was a compulsory free education for the Ebonyians from Primary to Secondary levels. This attempt initially started well but later on was killed. The governor even tried to pay the registration fees for WAEC and NECO examinations for the students for some years. Maybe it did not go down well for those who have been living on extortion from students. Suddenly, the effort was frustrated.

My worries over education in Ebonyi are this. A critical look at the federal civil service reveals that Ebonyi is one of the states that are poorly represented or, to put it right employed. Again, a larger percentage of those who have been employed are of the lower cadre. This is an indication of low education in the state, even though young as it is. It should be of concern to the government and every privileged Ebonyi citizen.

More to this, I was a mixture of anger and sympathy when I came across a factual document that Ebonyi still has about 10% of its citizens between the age of six and 16 who have never attended any formal education. Ebonyi is the highest in the Southeast. This can be authenticated by a worrisome development that majority of the young Nigerians who engage in petty trades and hawking along express ways in Abuja, Enugu and Port Harcourt, among others have been identified as Ebonyians.

Although this depicts a kind of dexterity and business consciousness of the people, it is an indication that the educational sector which is supposed to accommodate the young people at their early stage is not well. First, there are no enough public schools in the state. Many communities do not have schools. Those who have any at all have no facilities. Pupils sit on the floor to learn. Students learn under trees. The discomfort in the learning environment is enough to send the children away into child labour and its consequences.

The governor may borrow a leaf from the Akwa Ibom State Governor’s approach. When I was in Port Harcourt city, the city gradually became an eyesore with motorcycle popularly known as okada. I was made to believe that more than half of the okada riders were Akwa Ibomites. Gradually, when criminal activities escalated in the city, Akwa Ibomites were often accused because most of the criminalities were carried out with okada. Naturally, the Rivers state government became worried and systematically phased out okada from the major routes. Also, most of the menial jobs were done by Akwa Ibom people in many neighbouring cities. Yet, it was a pride that Akwa Ibom people did not feel ashamed of identifying with their state anywhere. Governor Godswill Akpabio took it a challenge and provided engagement opportunities for a good percentage of his people. It has yielded fruitful results for that state.

Despite the fact that Ebonyi is the least recipient of revenue accruing from the Federal Accounts, a balanced attention to the education sector in the state will position the state to contest confidently in the nation’s federal civil service. Elechi should declare effective and efficient free and compulsory education for the primary and secondary levels. Education is the best weapon for our future generation.

Let the governor position the educational system, even if it is the only thing he can afford the people. He should also look into the tertiary institutions in the state. Of paramount importance, he should intervene in the loggerhead between the leadership of the Akanu Ibiam Federal Polytechnic, Unwana and the staff who were wrongfully retired on November 2, 2007. The governor should delve into the matter with a view to reinstating the staff whose case has been verified by the Federal Ministry of Education. It should be a serious concern for the governor because most of the sacked staff are Ebonyians who should primarily be the first beneficiaries of the federal institution.