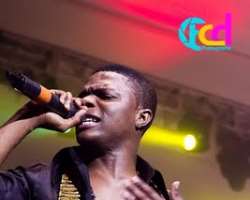 Empire Mate singer Ayo Balogun popularly known as Wizkid lauds the popular producer and performing artiste, OJB Jezreel.Wizkid revealed in a recent Interview that he learnt the rudiments of music under the tutelage of OJB.

He made It known that hanging out in the studio with OJB gave him the privilege of watching multiple awards winners.

Wizkid released his long-awaiting album under funfair at the Expo Hall, Eko Hotel in Lagos on Sunday, June 12th 2011.