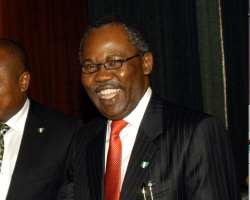 ABUJA, June 09, (THEWILL) - The former Attorney-General of the Federation and Minister of Justice, Mohammed Adoke (SAN) and the Central Bank of Nigeria have faulted the former Chief Justice of Nigeria Idris Legbo Kutigi over his enactment of the Fundamental Rights (Enforcement Procedure) Rules 2009, arguing that he “exceeded his Constitutional powers by liberalising the rules on locus standi, permitting public impact litigation, and allowing the inclusion of the African Charter on Human and Peoples’ Rights in the Rules.”

It would be recalled that a coalition of six civil society groups led by Socio-Economic Rights and Accountability Project (SERAP) sued the AGF and CBN in September 2010, seeking information on how $12.4 billion oil windfall of between 1988 and 1994 was spent.

The former AGF and the CBN criticized the former CJN during the final oral arguments on the Okigbo report case before Honourable Justice G.O. Kolawole of the Federal High Court, Abuja on Wednesday 8 June 2011. The AGF and CBN argued that the former CJN “has no power to make rules to include the African Charter”, insisting that section 46(3) of the 1999 Constitution does not give him any such power. In response, the Plaintiffs through their lawyers, Femi Falana and Sola Egbeyinka argued that Justice Kutigi “was right to have enacted the Rules,” citing the decision of the Supreme Court in Abacha vs Fawehinmi, and Article 1 of the African Charter, which they said “imposes a legal duty on Nigeria to adopt legislative and other measures to implement the Charter at the national level.”

Both the AGF and CBN insisted that they could not find the Okigbo report, and had no duty to render account on the spending of the accrued revenue. The Plaintiffs disagreed, arguing that “such duty exists on the basis of Article 9 of the African Charter, which has become part of our national laws. Also, the Freedom of Information Act has just been enacted which also imposes a legal duty on public institutions and agencies to render account, and allow access to public documents.”

The CBN also argued that “only the AGF as a defender of public interest has the right to seek information on the spending of the $12.4 billion oil windfall,” saying that the Plaintiffs have no such right. The Plaintiffs countered by saying that it was “the failure of the AGF to carry out his duty in this respect,” that prompted their legal action against the government in the first place.

Justice Kolawole has adjourned the case to 28 July 2011 for judgment.

Before adjourning the case for judgment Justice Kolawole remarked: “If we have human rights activists like Femi Falana and the late Gani Fawehinmi in places like Libya, they would not have been in a mess they are now.”

The suit no FHC/ABJ/CS/640/10 was brought under the Fundamental Rights (Enforcement Procedure) Rules 2009.

Earlier, both the AGF and the CBN had asked the court to reject the Okigbo panel report as “the report is not admissible in law because it has not yet been published in a gazette and no white paper has been issued on the report.”

In their separate preliminary objections filed in March before the court, both the AGF and the CBN also argued that the plaintiffs have no locus standi; and are not juristic persons as they are not registered.

The CBN said that the suit was not justiciable as it was not covered under the fundamental rights provisions of sections 33-46 of the 1999 Constitution.

The plaintiffs in their suit had averred that: "In 1994, the Federal Government set up the Pius Okigbo Panel to investigate the activities of the Central Bank of Nigeria and recommend measures for the re-organisation of the bank. In the course of its assignment, the Okigbo Panel found that the $12.5 billion in the Dedicated and Special Accounts had been depleted to $200 million by June 1994. As a result of the alleged mismanagement of the said $12.2 billion by the military President, General Ibrahim Babangida, the Okigbo Panel recommended that the Dedicated and Special Accounts be discontinued."

Besides, they want the court to order the respondents to prosecute anyone indicted by the report, recoup the money from them and return same to the treasury.

According to the plaintiffs, "The need for information regarding the spending of $12.4 billion oil windfall is important to promote transparency and accountability in the management of public resources and to fulfill Nigeria’s international obligations to promote the development of the country. Access to information of this nature is especially important in this country, which is struggling to establish the rule of law and democracy in the face of underdevelopment, poverty, illiteracy and diseases. The right of access to information is also crucial to the realisation of all other human rights, including the peoples’ right to their natural wealth and resources."

"Public bodies hold information not for themselves but as custodians of the public good and everyone has a right to access this information. Unless the Court compels Mr. Adoke and the CBN to disclose the information requested in this case, the information may never be disclosed and Nigeria will remain in breach of its international anticorruption and human rights obligations and commitments," the plaintiffs further argued.

The plaintiffs are contending that, "the right of a people not to be dispossessed of their wealth and natural resources is not just any ordinary right, but the fundamental human right. This right is an essential element of peoples’ economic security, survival and independence."