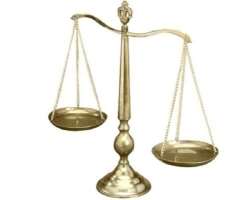 SAN FRANCISCO, June 08, (THEWILL) - Former Minister of Works, Hassan Muhammed Lawal and seven other accused persons who are being prosecuted for a N75 billion fraud by the Economic and Financial Crimes Commission, EFCC will have to spend more days in Kuje prison as Justice Bilikisu Aliyu of the federal high court on Wednesday ordered them remanded in prison custody.

This followed a petition authored by all the defence counsel asking the chief judge of the federal high court to withdraw the case from the trial judge over alleged bias. The remand order was given to allow the CJ take a decision on the petition of the defence. The amendment of the earlier 24 court charge to 29.

Prosecution counsel Wahab Shittu had on Tuesday June 7 sought the leave of the court to amend the earlier 24 count charge to include five new charges bringing the total number of charges to 29. This was met with stiff resistance from defence counsel.

Counsel to the first accused, Ibrahim Ishaku, SAN, challenged the competence of the EFCC to amend the charge saying it is structurally defective having being signed by a counsel in Wahab Shittu’s chamber without including his name. Other defence counsel aligned with Ishaku’s position.

In her ruling on the objections, Justice Bilkisu Aliyu, directed that the amendment stands and that the prosecution is at liberty to amend its charges at any point in the course of the trial. She therefore directed that the fresh charges be read to accused persons before taking their plea.

All the seven accused who were all present in court, pleaded not guilty to the charges. There was however a mild drama as the first accused person, Hassan Muhammad Lawal declined entering a plea as he faulted the competence of the counts that deal with him. There was however a heated argument from both the prosecution and the defence counsel.

Justice Aliyu thereafter adjourned the case till Wednesday for continuation of hearing and ruling on the objections challenging the charges and directed that the first, second and fourth accused persons be remanded in Kuje prisons while all others be remanded in EFCC custody. At the resumed hearing on Wednesday, the defence counsel moved for a stay of proceedings pending the determination of their petition by the CJ.

As a result, the trial judge adjourned the case to Monday 13th June to allow the CJ take a decision on the defence petition while she ordered all the eight accused persons remanded in Kuje prison.

It would be recalled that the EFCC, on May 11, 2011 arraigned the former Minister of Works and Housing, Dr. Hassan Lawal and 7 others on a 24-count criminal charge bordering on fraudulent award of contracts, money laundering and embezzlement amounting to N75.7billion. Other accomplices of Dr. Lawal include Dr. Adeogba Godwin Ademola, Digital Toll Company Ltd; Swede Control Interlink Ltd; Proman Vital Ventures Ltd; Nairda Ltd; Siraj Nigeria Ltd and Wise Health services Ltd. Lawal is the principal accused person in the charge.


He is also being accused of awarding contracts to non-existing companies; award of contracts to companies without financial and infrastructural muscles to deliver; engage in contract splitting, contracts duplication to same companies and fraudulent crediting of his personal account with government monies not earned.

Count one of the 29 count charge reads: “That you, Dr. Adeogba Godwin Ademola, ‘M’, while being the Managing Director of Swede Control Interlink limited, sometimes between 2006 and 2009, in Abuja within the jurisdiction of the Federal High Court, conspired to fraudulently obtain, with intent to convert, the sum of N24, 360,000, 000.00 (Twenty-Four Billion, Three Hundred and Sixty Million Naira) being proceeds of an illegal act to wit: with aim of concealing its illicit origin and thereby committed an offence contrary to Section 17 (1) (a) of the Money laundering (Prohibition Act) 2004 and also punishable under Section 14 (1) of the same Act.

Count three reads that, “You, Dr. Hassan Lawal, ‘M’, while being the Minister of Works of the Federal Republic of Nigeria, Dr. Adeogha Godwin Ademola ‘M’, Digital Toll Company Limited, Swedes Control Interlink Limited, Proman Vital Ventures Ltd, PEB 04 Nigeria Ltd; Lassa Ltd; Odomac Nigeria Ltd; Okala Phillip Yakubu, ‘M’ and Thahal Paul ‘M’, between 2006 and 2009, in Abuja within the jurisdiction of the Federal High Court, conspired among yourselves to defraud the Federal Government of Nigeria of the sum of N4, 872, 000,000.00 (Four Billion, Eight Hundred and Seventy-two Million naira), with the aim of concealing the illicit origin of the said sum and thereby committed an offence contrary to Section 17 of the money Laundering (Prohibition) Act 2004 and punishable under Section 14 (1) (b) of the same Act.”