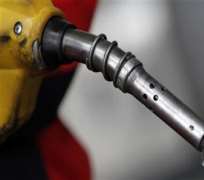 ABUJA, May 31, (THEWILL) - The House of Representatives today suspended indefinitely further consideration of the report submitted by its joint Committee on Petroleum [Upstream and Downstream] Gas Resources and Justice on the Petroleum Industry Bill [PIB].

The passing of the PIB has been trailed by controversies in the parliament, including the emergence of divergent sectional interests when the report was laid and listed for consideration just before members went on break for the April polls. This subsequently led to the suspension of debate on the most talked about crucial bill that would reform the way oil business is carried out in Nigeria.

Recall that when the house resumed consideration of the report on 19th May, 2011, after the election break, deliberations on it was intermittently forestalled as members raised issues on the Bill’s benefit to all sections of the country.

Also, a consideration of the bill on an earlier date was deferred when a member raised concern that the number of his colleagues in the chamber was not sufficient to begin discussions on a sensitive matter like the PIB.

Hence at today's plenary, the House which listed the report for a resumed consideration on its Order Paper stood down the Bill following the observations made by the Chairman, Committee on Air Force, Hon. Halims Agoda, who argued that it was only the House of Representatives that was working on the Bill in a unicameral legislature which also had the Senate.

Agoda in his submission argued that if passed now when the sixth National Assembly had just a few days to wind up, “what will be the result. There is need for us to find out what the other house is doing.”

Leader of the House, Tunde Akogun who had earlier moved the motion for resumption of consideration of the report in the Committee of the Whole before Agoda’s observations, appealed to the House to stand down the report, arguing that neither of the Chairmen of the committees which jointly turned in the report was present in the sitting.

Following the confirmation by Speaker Dimeji Bankole that the chairmen in question were absent at the plenary, consideration of the report was suspended sina dine.

Sponsor of the amendment Bill, and Chairman of the House Committee on Defence, Wole Oke had sought the passage of the Bill on the grounds that members of the aforementioned bodies were involved in the national security, and should not be in a contributory pension scheme.

According to Oke, it was the responsibility of the federal government to finance pension of members of the bodies, adding that there was nowhere in the world where officials of such bodies make contributions for their pension.

But Chairman of Committee on Industry, Hon. Solomon Agidani while opposing Oke expressed surprise at the move, arguing that the House had earlier yielded to a similar move by Oke to remove the military from the scheme by passing the Bill exempting the members of the Armed Forces.

Arguing further, he said he did not understand the rationale behind the call to exempt all the paramilitary institutions in the country from the scheme.

Deputy Speaker, Hon. Usman Bayero Nafada who supported Agidani’s submission said Oke could not convince him satisfactorily while earlier asking to exempt the military from the scheme, adding that it was not right for the House to carry out the amendment.

“I don’t know what he is trying to achieve,” Nafada stated.

Similarly, a member of the House Committee on Pension, Christopher Eta said even as a member of a relevant committee to the proposed amendment, he was at a loss as to the real intent of the Bill.

“We had exited the military in the past. If we begin to exit everybody, it would amount to putting PENCOM into confusion,” he said, just as he asked the parliament to reject the Bill out rightly.

When Speaker Bankole put the question on whether it should be read a second time, the Bill was subsequently rejected through a voice vote.