THE MORAL EDUCATION OF CHILDREN 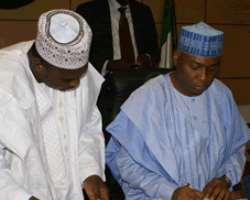 Man is naturally a moral being and many of his perfect attributes are attained through moral values. Without morality grave problems face man especially in the social dimension and he is deprived of a happy life. Man will be a man in the real sense of the word when he respects the boundaries of morality and doesn't encroach upon them.

Morality is the border between human life and animal life, and gives the former a sense of humanity and spirituality.

But in addition, man's moral disposition, other material needs such as eating, sleeping and sexual desires are deep-rooted in human nature. Since man lives in a material world, he has greater tendencies to material desires and where there is a conflict between his material, moral and spiritual desires and he finds himself in a dilemma, choosing the moral seems rather difficult.

Hence, if man's moral education isn't considered earnestly, it will fail to be of consequence and thus, in the constant conflict between the moral values (transcendental aspects) of human life, often the animal aspects prevail. Moral education isn't an easy task to be accomplished with only some pieces of advice or superficial remedies, without being laid on a solid foundation.

What is noteworthy here is that we live in a world where morality and moral values are known as a name only. Although, everyone advocates moral values, it is evident that our age is the age of moral decadence and the death of human values.

Considering the experience of other societies where it was thought that through education of the sciences and technology the promised prosperity could be achieved, and no attention was paid to moral education or it was thought of as peripheral to their main activities, there is now no doubt about the fact that one of the pillars of prosperity for a society is moral education. Therefore, families should not consider moral education of children and adolescents perfunctorily. Some parents focus their minds entirely on the academic education of their children and attach less importance to moral education. Education should not aim solely at academic aspects. One might be specialized in a field of knowledge or technology, but this does not make him a real human being. Humanity is valued in terms of moral standards. The families that don't pay due attention to the moral education of their children in fact neglect their most fundamental duty towards them.

Practical education
The best method in education is in the form of behavioral patterns, that is, parents should behave in such a way as to introduce their children to acceptable decent morality and sow the seeds of moral values in their minds. The mutual behaviour of parents brings about a special spiritual and moral atmosphere at home. Children who grow up in such an atmosphere and if morality and spirituality prevail within it, children will be pre-disposed towards righteousness. Basically, moral values have an innate predisposition in children and, innately inspired, they will be inclined towards righteousness or wickedness.

Moral values develop rapidly in children if their innate aptitudes flourish in a good atmosphere. It should not be forgotten that children have both moral and immoral inclinations. Bad qualities, such as egoism, transgression, pursuit of comforts of life, jealousy and immorality are innate in man and as soon as they find an outlet, they erupt. Hence, if children are brought up in an atmosphere under the spell of such qualities, these develop in him unconsciously and it will be hard to get rid of them. The first seeds of moral education are sown at home.

Patterns of behaviour
If the father or mother always solves his/her problems aggressively with a bad temper, children will gradually get accustomed to such behaviour. At school, they are ready to pick quarrels with their schoolmates and grown ups and they become quick tempered and unruly, causing themselves and their parents a lot of trouble. To reform their ways and habits is no easy task. Parents should know the fact that this is to visit their sins upon their children, that is, the sufferings of today are the outcome of our incorrect behaviour in the past.

The reverse also holds true. If there is sincerity, good understanding and decent behaviour at home, and the family problems are tolerated with open mindedness, children follow the same pattern. If on the contrary, backbiting is prevalent, how can we expect children to hate their immoral habit? Our behaviour affects children more than our words. If children don't hear any backbiting on the part of their parents, they seldom tend to backbite about others themselves. Such is the case with telling lies, jealousy and emulation. If we attach a great importance to the moral education of our children, we have to attach greater importance to our own moral education.

Action other than words
Another important point is that if parents act in a way other than what they say, children lose confidence in them and don't take whole-heartedly the advice their parents give. This is the lesson of hypocrisy and multiple personality that is in fact no personality. Let us bear this always in mind that in moral education, children pay more attention to what they see than to what they hear. Hence to avoid mental confusion for children, there should be consistency between what they see and what they hear.

As children grow up, they should be given opportunities to practise certain good acts repeatedly so that good habit maybe inculcated in them. These good habits will be assets in the future.