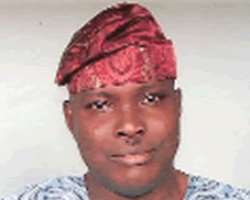 It is gradually dawning on the leadership of the Peoples Democratic Party (PDP) that the zoning of some key political offices, especially the Speakership of the House of Representatives, as was ratified by the National Working Committee last week is not yet a settled matter after all.

With the discordant tones from within the party itself and the widening crack in the rank of its caucus in the in-coming House on the matter of who emerges the next Speaker of the House, it is becoming clearer that the powers that be in the PDP may have probably acted in a haste when they dismissed suggestion that the party should rethink its zoning arrangement to accommodate contending interests within it in a more realistic manner.

It has not helped matters that, rightly or wrongly, a perennially divisive personality like the former President and chairman of the Board of Trustees (BOT) of the party, Chief Olusegun Obasanjo, has been widely perceived as having a hand in the controversy surrounding the issue of who succeeds Hon. Dimeji Bankole when the next National Assembly is convoked in three weeks' time.

Obasanjo it was who flew to Obudu and told President Goodluck Jonathan who was still wondering what to do with the issue of zoning, which for all practical purposes, had been effectively disorganized by his emergence as President, not to worry about how people feel, since he had already won his election. Obasanjo had insisted that whatever reasons or sentiments being invoked by the South East and the North not withstanding, the speakership must remain in the South-West. Jonathan, and subsequently, the National Executive Committee of the party agreed.

But this past one week, the problem has gone beyond the aspiration of the South-East to produce the speaker. Northern members of the in-coming House have threatened to go all out to ignore the party's zoning formula while choosing the speaker and other principal officers of the House. They point fingers at Obasanjo who they accuse of disowning zoning to pave the way for the emergence of Jonathan, only for him to resurrect it now to serve his own interest. 'We are only taking him for his word. If he said during the presidential primaries that other candidates should contest, now we want his word to hold; candidates from the North should also contest for the speakership, and whoever gets the highest number of votes, let him be speaker,' one of them said.

He said the position of the North which, according to him, will definitely field a candidate for the office, was as much informed by the party's perceived double standard as it was informed by the need to curtail in Obasanjo's domineering influence in the Jonathan administration. Already, he said, both the President and the Senate President are Obasanjo's acolytes while he is busy trying to foist Ojo Maduekwe on Jonathan as the Secretary to the Government of the Federation (SGF). To his group, therefore, Hon. Muraina Ajibola is like a two in one candidate - you take him as the speaker and you get Obasanjo free . He said allowing that to happen would amount to surrendering the administration to a man who could not as much as win his constituency for the PDP.

Besides, the group is also questioning the credentials of the three ranking members of the House from the South-West, none of who, it said, had never as much as chaired a standing committee. On Ajibola particularly, they said he used his membership of the ad-hoc committee on power sector probe to thwart every effort made by the committee to get Obasanjo to appear before the committee to account for his actions. The argument is that he will be taking instruction from Otta should he be made the speaker.

Muraina's key opponent for the position from the South-West, Mrs. Mulikat Akande Adeola perceived to be independent. In fact, while some have traced her candidacy to the those opposed to Obasanjo's dominance of the party in the South-West, others say she is Jonathan's pick for the job. She stands tall and has what it takes for the job, if the South-West eventually gets it. Before then, the South-East had made a strong case for the position, reasoning that given the performance of the party in the zone during the election, and the routing of the party in the South-West by the Action Congress of Nigeria (ACN), it would be just fair to allow the zone to produce either the President of the Senate or the Speaker of the House of Representatives. South-East governors had taken a common position during their meeting in Enugu on May 8, that the power-sharing formula must be altered if the zone is not to be short-changed again.

The governors had vowed to resist any attempts by Obasanjo whom they accused of holding the President hostage to have his way again. Jonathan was said to have been favourably disposed to at least give a listening ear to the cries of the South-East when Obasanjo weighed in and had his way. By the time the National Working Committee of the party met, nobody stood up to the former President. Thanks to the fact that the entire South-East has no representative in the NWC.

The South-East caucus of the House of Representatives had also spoken in unequivocal terms, insisting that nothing short of the Senate Presidency or the Speakership of the House of Assembly will be good enough for the zone in the in-coming administration. The 43-member caucus had in a widely circulated communiquÃ© after a meeting in Abuja lamented that their zone had suffered serious political setbacks in recent times.

Noting that their zone had demonstrated absolute good faith in the recent presidential election, the lawmakers said the South-East had whole heartedly and unconditionally backed the candidacy of Jonathan, right from the primaries when they took the risk of pitching camp with him and refusing to field a candidate for the office. They also noted that their kinsmen had followed up by giving a block vote to the PDP during the primaries.

The South-East caucus described as gratuitous insult any attempt to offer anything less than any of the two positions to the zone, pointing out that the argument about religious balancing in the National Assembly was never historically tenable in a country where the Shagari administration had a Christian Vice-President, a Christian Senate President and a Christian Speaker of the House. Besides, they said, both Chief MKO Abiola and Alhaji Babagana Kingibe were elected President and Vice-President respectively in 1993.

'In 2007, the President of the Senate, Senator David Mark and the Speaker of the House of Representatives, Patricia Etteh were both Christians. In fact the Speaker and the Deputy Speaker of the House of Representatives are Muslims. Religion has never been an issue. How has it now crept in surreptitiously,?' they queried. Not even the promise of Secretary to the Government of the Federation (SFG) and the Deputy President of the Senate would placate the lawmakers who alleged that their patience and support for the ruling party had been taken for granted. It is therefore, not surprising that they called on the governors of the zone, senators and other political stakeholders 'who were in the forefront of convincing the people of the South-East to support President Goodluck Jonathan to once again rally round and ensure that the South-East is not further humiliated.'

Humiliation came in because, in the words of a key political stakesholder from the zone who did not want his name mentioned, Jonathan, like Obasanjo before him, appears not to be sensitive when dealing with the South-East. He pointed to the way former PDP National Chairman, Dr. Okwesilieze Nwodo was disgraced out of office on the President's watch, his reluctance to replace him with another person from the zone, as well as the cavalier manner in which he sacked the former minister of interior, Captain Emmanuel Iheanacho, and said the PDP took advantage of the fact that the zone was not represented in the NWC and took a decision that was skewed against it.

Apart from the problem of internal disagreement within the party faithfuls, there is also the threat coming from opposition parties. With both the ACN and the Congress for Progressive Change (CPC) vowing to oppose any candidate officially backed by the PDP for the position, it is clear that the PDP has more than the growing number of discontented members to contend with as it plans to stamp its authority on the in-coming House of Representatives. The ACN is working on the theory that allowing the PDP to have its way, using its members would give them not only a bragging right in the South-West, but also provide them a platform for relaunching the party in the zone where it suffered serious misfortune in the last general elections.

The fear now is that if the PDP does not patch its leaking house, it might be in for a shocker when the House convenes on June 7. If the North makes good its threat to contest for the speakership, the CPC and ACN members might vote for their candidate to spite the PDP leadership, especially the ex-President. The South-East which is despised by reason of its numerical disadvantage might decide to get back at the party by voting against the official candidate.

On Sunday, the 43-member South-East caucus of the House had in a more vehement tone lambasted the PDP leadership for what it described as gross insensitivity to the zone in its power sharing arrangement.

In the face of what they called 'obvious injustice to the South-East with over 18 cognate members in the incoming House, out of at least 33 PDP members,' they said, 'we as elected representatives of the people of the zone, cannot sit back and watch our people decimated politically, socially and economically. As the elected representatives of our people we are not unaware of the groundswell of public resentment and restiveness directly emanating from this issue. We therefore implore Mr. President and the PDP not to take our support, patriotism, and loyalty for granted.'

As the crack in the PDP widens, about two candidates for now are the favourites. Aminu Tambuwal from the North, and Akande Adeola. A vote for each of them will represent the tendencies and the new awakening of the power blocs.