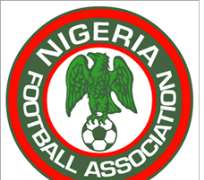 A top NFF official said that a letter was despatched to VVV immediately the Flying Eagles booked their place in the last four of the biennial Under-20 tournament in South Africa courtesy of a 2-0 win over the Gambia in a final group tie.

According to the official, the Dutch club is willing to allow him feature in the semi-final after the player personally made a request to the team.

'I will have a definite word from the club as regards Ahmed's availability by Monday afternoon,' the official hinted.

If everything goes as hoped, Musa will arrive Johannesburg, South Africa, Tuesday before he would then fly back to his European base on Thursday only hours after the Mali clash.

The 18-year-old Kano Pillars' former star was the man of the match in Nigeria's opening Group B match win over defending champion, Ghana, at the AYC. However, Musa had to fly back to Holland a day after helping Nigeria beat the Black Satelites so as to be part of his club's home game against Heerenveen.

VVV is battling for survival in the Dutch top flight and was last weekend forced to a 2-2 draw by the visiting Heerenveen as closest rivals for a promotion/relegation playoff. Willem II won at home to narrow the gap between the two teams to only three points with two matches still to be played.

Next week Sunday, when the AYC final will be played, Musa's club will host mid-table Feyenoord in continuation of the league, before the team plays its last game away at De Graafscahp two weeks later.

Willem II will on Sunday be away to league leader, Twente, while its final fixture is at home to NAC Breda.