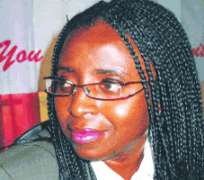 Omoigui-Okauru
Mobilizing domestic resources, in particular, taxation is key to unlocking the resources required for public investment and infrastructure growth. But collecting taxes from citizens have proved Herculean tax because the average person would rather evade tax than paying it.

In Nigeria and other African countries, the level of tax evasion is quite high. As a result, African countries collect little or nothing from taxes. The effect is seen in the lack of resources for development and near dependence on foreign countries for aids and loans.

However, the need for African states to establish sustainable revenue systems driven largely by their own domestic bases has become urgent, especially in the face of dwindling resources from outside the continent, occasioned by the last world economic crisis which pulled down economies of many developed countries from where aids and loans flow into Africa.

Adding to fluctuations in aids are the twin problems of decline in export revenues and falling commodity prices which have resulted to many African countries coming short on financing their national budgets, thus increasing levels of deficits, triggering inflation and increasing debt.

In kicking off the conference, the South African Deputy Minister of Finance, Mr. Nhlaanhla Nene said that mobilizing domestic resources through taxation is necessary and critical for development of their economies. Domestic resource mobilisation, Nene said, is also relevant to the United Nation´s Millennium Development Goals (MDGs) that the heads of state of 189 countries committed to at the Millennium Summit in 2000. The MDGs, Nene said, addressed different dimensions of development, such as eradication of extreme poverty and hunger, improvements in the area of universal education and provision of health services.

He noted that the MDG Review Summit last year has revealed that a lot of progress towards achieving the MDGs had been made. However, as 'The Millennium Development Goals Report 2010' points out, progress is highly uneven across regions as well as within regions.' In terms of poverty reduction, for example, and despite of progress that has been achieved, he estimated that all developing regions except sub-Saharan Africa, Western Asia and parts of Eastern Europe and Central Asia will achieve the MDG target.

Discussion about domestic resource mobilization, the minister said, needs to be placed within the broader context of securing adequate and sustainable financing for development. He said well targeted and predictable development aid, consistent with country priorities and systems, remains critical for meeting the MDGs. He noted, however, that, the average tax-to-GDP ratio on the African continent has risen since the early 1990s by 10 percentage points. Though tax revenue varies substantially between upper middle, lower middle and lower income countries, with annual per capita taxes ranging from as low as 11 US Dollars to over 3500 US Dollars, he said progress has been made in all income classes.

'To give you just one example, Rwanda, being considered at the lower end of the lower middle income group by the African Economic Outlook, successfully increased its tax-to-GDP ratio from a low of 8.4 percent in 1993 to 14.25 percent in 2008.' Nene said that despite the progresses made, many challenges still lie ahead. They include challenges arising in the international sphere of taxation with national tax revenues being substantially diminished due to complex and outdated tax laws; tax evasion and overly aggressive avoidance strategies of transnational corporations; and tax competition between countries.

He also noted that Africa also face many challenges in the sphere of domestic taxation including cultural attitudes towards government; weak tax administrations; narrow revenue tax base; corruption; capital flight and aggressive tax planning. The ATAF Chairman, Oupa Magashula noted, however that resource mobilisation from taxation remains potentially the biggest source of long term financing for sustainable development and the lifeblood of all state services, including the provision of public services such as healthcare, education and infrastructure. Additionally, taxation he said strengthens democracy by increasing incentives for public participation in the political process and creates pressure for more accountability, better governance, and improved efficiency of government spending.

'What we have learnt since the establishment of ATAF is that Domestic Resource Mobilisation takes hard work; it requires deliberate and sometimes unpopular choices and actions; it requires accountability and governance - tax collection and expenditure are two sides of the same coin; and that one size does not fit all and we cannot and should not impose on countries our own ideologies or practices.'

Ms Ifueko Omoigue Okauru, Chairman Nigeria's Federal Inland Revenue Services (FIRS) who spoke through her Director of Corporate Communications, Mr. Emmanuel Obeta observed that if African countries are to get to the next level; there is need for very strong institutions and systems. Noting that one of the more important systems that requires sustained focus is the tax system, insisting that it holds the potential for being the pivot of development for many African countries.

'To develop the institutions that will take African nations out of the current level of development and into the comity of developed nations, tax systems must be at a level that will be able to support the growth and development we all seek for,' she noted.

Omoigui-Okauru who spoke on 'Developing an African culture of tax compliance,' said that 'We need to determine whether a culture of tax compliance has ever existed in Africa and if it did, what were the factors responsible for that, what circumstances intervened to alter that culture and what can be done to bring it back. 'Historically, African communities were organized and administered on a communal basis - with internal control mechanisms usually administered on a persuasive basis and appealing to the sense of communal belonging.'

Part of the mechanisms for administering such societies, she said, included voluntary contributions to a common purse for meeting communal needs. Voluntary contributions are largely enforced not with a threat of sanction, but with an appeal to the sense of belonging but regretted that expansion and interaction with foreigners began to alter means of enforcing such contributions - use of sanctions, ostracization and force were introduced, she observed.

She said that systems evolved until the time of complete conquest and colonial rule, where formal systems of taxation were imposed and the basis for enforcement changed from a largely persuasive to a coercive one this is the system still largely in place in most African countries - debatable whether it is the most efficient system - need to look back and see what lessons can be learnt from the past.

Having examined Africa's tax history, Ms Omoigui-Okauru noted that, a culture of tax compliance was necessary, if African nations are to make the transition from perpetually developing to developed nations.

She said that in recent times African nations have experienced growth rates comparable and in some instances higher than those of more developed economies. However, concern is whether African nations can sustain this impressive economic performance or whether they will regress. The answer to this, she said lies in part on the ability of African nations to build strong systems and institutions, which can serve as the platform for constantly delivering the required level of growth for development.

She that if the tax system in Africa is properly harnessed, it is capable of not just providing revenue for sustainable development in Africa, but is capable of putting up Africa as a model to be emulated, adding that it is with this focus that 'we must consider the benefits of developing an African culture of tax compliance.' For professor Mick More, African countries have to improve on their tax collection, while also improving on their political and financial independence if they wish to develop their economies. 'We need to look at the weaknesses of fiscal policies, noting that crisis in Africa does not help in the growth of the continent. He said African countries are trying to put in place fiscal policies that can assist in tax collection, adding that incentives in place are not enough adding that, 'it is for reason that many people evade tax in Africa.'

The Executive Secretary of ATAF, Mr. Logan Wort noted that Africa cannot continue to depend on external financial flows to sustain its economies. He said with aid flow fluctuations, the decline in export revenues and falling commodity prices have African countries are short on their national budget financing, resulting in increased debt. He said: 'finding more sustainable funding of the economy needs to be sourced from the mobilization of public resources…and that is taxation! What we need is a tax administration system capable of collecting revenue due to the state, dealing with tax evasion and avoidance and building a culture of compliance.

We articulated a need for convergence of policies and practices in tax arena, sharing of information and the development of treaties of cooperation amongst ourselves. In particular, we were concerned about capital flight and leakage through aggressive tax avoidance on our revenue collections.

According to Wort; 'The tax administrations of African countries, like many in other developing states, are hampered in effectively mobilizing domestic resources for socio-economic development by a wide range of factors. Primary amongst these is the structural constraints posed by their economies, such as the reliance on mineral extraction and single commodities, poor financial governance, high rates of unemployment and large informal sectors. In addition to these are challenges such as the lack of capacity in tax administrations to enforce compliance due to weak administrative systems and the lack of resources and expertise, resulting in revenue leakage due to tax evasion and avoidance by domestic and foreign corporations and practices such as transfer pricing

'ATAF seeks to directly these challenges and overcome them through capacity building, knowledge sharing, cooperation and dialogue between member states, development partners, international organizations and other stakeholders. We believe that in doing we can assist member states to build strong, capable and efficient tax administrators that have the capacity to combat tax evasion and avoidance. In doing so we will play a role in enabling African states to accelerate the mobilization of domestic resources for development and embark on a path that will in the long term free them from their reliance on loans and their dependence foreign aid.'

The conference ended on a high with a call for African countries to close ranks and tackle the challenges of corruption among task administrators, tax evasion, weak tax administrations and narrow revenue tax base.