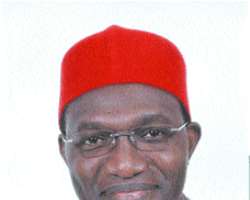 Feelers from the field indicate a large slice of frontline candidates of the Peoples' Democratic Party (PDP) may have bitten the dust in today's elections.

advertisement
At the time of filling this report, Speaker, Dimeji Bankole, was trailing his opponent, Segun Williams of the Action Congress of Nigeria (AC), just as Senate President, David Mark was behind in the results behind , Lawrence Onoja of the AC N.

In Anambra south, Andy Uba of the PDP, had an easy ride against Chuma Nzeribe of the All Progressive Grand Alliance (APGA) and Ikechukwu Obiora of the Accord Party (AP), while it was fight to finish between Chris Anyawun of APGA and Kema Chikwe of the PDP in Imo East.


In Osun, Yahaya Oloriogbe of the AC, beat Ex Governor, Olagunsoye Oyinlola, of the PDP, Gbenga Obadara of the AC beat Iyabo Obasanjo-Bello of the PDP, while Chairman senate committee on Appropriation, Iyiola Omisore was trailing his opponent, Jide Omoworare of the AC in Osun east.

The battle between Bukola Saraki of the PDP and Taoheed Odunowo of Action congress was tight at press time.