I don’t allow my hubby see me kiss —Chika Ike 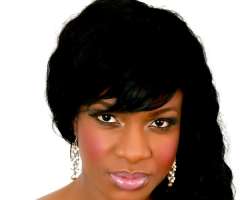 Prominent director, Chico Ejiro gave Chika Ike, her first shot in Nollywood, and in just a few years she has ascended the zenith of success. In this chat with Hazeez Balogun, the screen goddess talks about her career and her personal life. Excerpts:

I am Mrs Chika Ike Ebirere. I am an undergraduate of the University of Lagos. I am reading Human Kinetics and Health Education. I grew up with my parents. My mum is an evangelist and my dad is a business man.

Most actresses do not marry early, how did you do it?

When I first met my husband he did not even know that I was an actress. I met him in my school when he came to transact some businesses with some people. We got to meet and before you knew it, we started dating. And even then he never still knew I was an actress. When he eventually found out, he took it in good faith. He was cool with it.

As a married woman, how do you juggle between the home and the set?

It is very challenging. Marriage on its own is a huge challenge. Having to combine it with acting which takes most of my time, is tasking. It has not been easy, but I thank God that I am married to a very understanding man. It is so nice that he understands me and my work.

You must have found yourself doing roles that include kissing and cuddling, how does he take these?

I try so hard to limit my kissing in movies. But if it comes to a point that I cannot express that role except I kiss, as a professional, I just go ahead and do it. Concerning my husband, I make sure when ever we are watching the movie in which I kissed, I will make sure I am the one holding the remote control. When it gets to the kissing part, I just fast forward the movie so he won't see that part.

Despite your marital status, do you still get advances from men?

As an actress, it is just normal that you get advances from men. Just being a la dy alone, you still see guys flocking around you, not to talk of an actress or a public figure. I just think that it is just natural. Personally, I try to draw the line between my work and my personal life. I appreciate them calling telling me that I did a great job, but I don't let it exceed that point. Any other further advancement is not allowed.

What is the most embarrassing thing a fan has ever done to you?

The most embarrassing thing a male fan has done to me, is so funny. Actually I was coming out of the church and this guy just picked me up and turned me around 360, and almost planted a kiss on my face. All that right in front of my husband. It was really crazy. I have never seen such an obsessed fan in my life. I did not know what to say, I was in a shock. He later apologised that he was carried away because he was a great fan of mine. He said that he had promised himself that he would carry me up the first time he saw me. Probably he must be following a scene I acted, I can't remember, but it was all crazy. He did apologise, though right there I understood, yet anytime I think of it...

Will you say it is the part you play or your looks that is driving the fans crazy?

People like you for many reasons. Some just watch your movies, and fall in love with you. While some just see you and they like you naturally. Yes, I won't say that I am not an attractive person, but it's not just about the looks alone. More people are attracted by the skills you have.

How have you been able to escape scandals?

I will not say I have been escaping scandal, and I will not say I have not been escaping them. Generally it is just the perspective people have about actors and celebrities. I won't be surprised to see my name included in a scandal one of this days. It's just normal. I try so hard to avoid being in places that could create a scandal for me. I don't go to places where my name could be picked up and used as they like. Most of all it is the grace of God, because there is no matter how you hide, there are some people ready to cook up one story or the other about you.

Marrying early too must have helped you.

I don't think so.

Yes, I married early, but it does not mean that I am immune to scandals. Even if I am single I would still be weary of scandals, it's a personality thing. I am not the kind of person that involves myself in situations or positions that will allow people or the press to say negative things about me. But like I said earlier, if some people want to, they will still involve you in scandals, whether they exist or not. It is about being principled.

Well it's what I have been known for. When I was a young girl my name used to be 'Fancy Nancy', because I liked fanciful things. I used to sing, dance, act, wear costumes and all. That is what I used to do a lot. So it was only natural for me to find myself in the entertainment world. Acting to me is a way of expressing myself. I can take on any role and replicate it perfectly. I love the challenge I get trying to fit into a role.

Which role got you stardom?

My first job was with Chico Ejiro. my sister and I went for an audition for one of his flicks, and my sister was picked for a major role while I got a 'waka pass'. I was not happy with the role I got, but funny enough, the 'waka pass' role was like a gateway for me. From then on, the roles kept rolling in. (laughs)

You must have had your fair share of sex for roles

(Shouts) No, no way. I won't do that. People say it happens but I don't see it. I can't even say it exists. For me to say it does exist I must have experienced it or must have seen someone who has experienced it but I have not. It's so funny that people say these things yet they don't really know what is going on in the industry. It is only the truly talented that get roles. No producer will waste his money on a movie to see a fake actress spoil his work just because he is sleeping with her. It's just what the media want the people to believe. It's not real.

If your husband decides to take another wife, what will you do?

Ah! how do I answer this one. First of all, my husband is not a polygamist by nature. Personally I don't think my husband should get another wife. I won't find it funny if he tries it. Second wife , it's impossible. There will be no peace.

Will you act nude, to interpret a role?

I won't do that. I am too principled for that. I understand that some roles might require nudity, I respect actors who can take up the challenge. But for me, I will never do it.