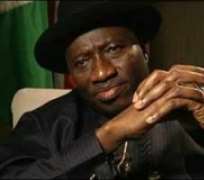 PRESIDENT Goodluck Jonathan has tinkered with his campaign strategies to enable more Nigerians reached him on what they expected from his administration.

The new approach also creates room for the President to address issues raised by the electorate and what roles they can play in the transformation of the country.

The President, who at the weekend launched an updated campaign website at goodluck.org.ng, also called on all Nigerians to sign up and join the cause of 'transforming our country and building one Nigeria.'

In a statement yesterday, the Director, Media and Publicity of Goodluck/Sambo 2011 Campaign, Abba Dab, said the website enables Nigerians 'to create and sign-up for events, spread the word to family and friends, and provide input and ideas on issues like building lasting peace in the Niger Delta, reforming and expanding Nigeria's power sector, investing in Nigerian education and agriculture, and creating sustainable new industries, jobs and national security.'

At present, Jonathan has nearly 500,000 followers on Facebook and he uses Facebook and other technologies to connect directly with Nigerians.

'Our new website will provide another channel for Nigerians to participate in my campaign and our democracy,' Jonathan said, adding: 'Nigerians, particularly the youths, must stand up and take charge in our democracy. Our new website, along with our vibrant Facebook and Twitter communities, gives you the power to engage and shape Nigeria's future.'

Ahead of the President's visit to Edo State tomorrow, the state police command yesterday placed 6,000 of its men on special duties to ensure the Peoples Democratic Party (PDP) presidential campaign is hitch-free.

Speaking with The Guardian yesterday, the Commissioner for Police, David Omajola, said a Deputy Inspector-General of Police (DIG) has been deployed from the Force Headquarters to co-ordinate security for the President's visit.

He hinted that 6,000 of his men had been deployed for that purpose. 'We are ready and prepared for the President's visit. There is a DIG from Force Headquarters who is coordinating but we have met with sister security agencies such as the State Security Service (SSS) and the Army. We are all working together to ensure a successful visit for Mr. President,' he said.

The state chapter of the party, which is hosting the President, said yesterday that it would regain control of Edo at the April general elections by first reclaiming the House of Assembly and maintain the 100 per cent representation from the state in the National Assembly.

At a press briefing yesterday at the Jonathan/Sambo Campaign Organisation Secretariat, the PDP Publicity Secretary, Nosa Adams, said the President would visit the Oba of Benin before meeting with his supporters at the Samuel Ogbemudia Stadium.

He said the party and the people of the state have lost confidence in the ability of the Action Congress of Nigeria (ACN)-led government to salvage the state from its present state, adding that the people were groaning under the government's tax regime which he said the PDP would ease once it gets back to power.

Adams also insisted yesterday that the PDP would be welcoming the President as a single entity, as he said the party was no longer factionalised.

A national daily (not The Guardian) had reported at the weekend that Oshiomhole accused the President of voting four times at the 2007 polls.

But in a reaction yesterday, the state government said: 'Our attention has been drawn to the story published yesterday (by a) newspaper, which falsely alluded that the Edo State Governor, Adams Oshiomhole told some United States (U.S.) diplomats in December 2008 that President Goodluck Jonathan voted four times as Vice President in the April 2007 election.

'We are completely at a loss how the newspaper came to that conclusion which is attributed to the highly controversial whistleblower site, Wikileaks and said to have been made exclusively to it.  We wish to say that at no time did the governor ever make such a weighty allegation against President Goodluck Jonathan.

'It is obvious that there was a clear mix-up in the story as the person in reference is a former military vice president, whose name was tendered in court as voting four times during the epic case to regain the mandate popularly given to Oshiomhole by the Edo people and not President Goodluck Jonathan.

'In addition, what was tendered in court was the electoral register bearing the names of voters in Edo State which had nothing to do with Jonathan who voted in Bayelsa.

'Why we still ponder over the import of the strange linkage to the President, we are particularly moved not to suspect that the newspaper is opening its flanks to the whims of mischief makers or some unscrupulous elements who deliberately wish to drive a wedge between Jonathan and Oshiomhole.

'We wish to place on record that there was nowhere either in the tendered court documents or the brief with the U.S. diplomats where President Jonathan's name featured as voting four times. We want to plead that the media should endeavour to verify their facts painstakingly before going to press in order to avoid causing unnecessary disaffection.'

Meanwhile, former Director-General of the Centre for Democratic Studies (CDS), Prof. Omo Omoruyi, has called on Oshiomhole to back Jonathan's presidential bid.

He said the support is imperative 'for us to survive in this federation.'

Also, a PDP gubernatorial aspirant in the state, Ken Imansuagbon, has called on all the party's candidates in next month's general elections to close ranks and ensure that Jonathan returns as President and the party also wins the various elective positions in the state.

He stated this over the weekend when he had a breakfast meeting with all the party's candidates and made various financial donations to assist their course. Imansuangbon, who used the opportunity to inform the PDP candidates of their support during the state governorship election, further stated: 'We need a change and you are the candidates for that change. I count on your support to get the party nomination in 2012 and as you are doing this, we all will be victorious.'

In a chat with journalists in his house yesterday, Omoruyi advised Oshiomhole, who he described as a 'very nice man' not to drag the people of the state into the politics of the South West, who are predominantly Action Congress of Nigeria (ACN) members. 'Edo State is not part of Yoruba region where you have all the Yoruba as a force. There is nothing they cannot get in this country no matter the party they belong to. They dominate the banks, they dominate the judiciary, where do we stand, no where.'

He continued: 'I believe that Jonathan's coming is an opportunity for us to demonstrate that we will get out our votes for him and that we are not following the ACN South West strategy of stalemate. And therefore, our governor, a nice man should try to distance himself from that stalemate strategy because it will not do us any good,' Omoruyi said.