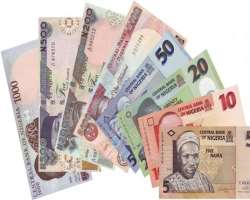 ABUJA, March 02, (THEWILL) - The Senate has called for stiffer penalty against tax evaders in the country. Lawmakers insist that such punishment would serve as a deterrent to perpetrators.

Majority of senators kicked against the old regime of N5, 000 and N500 respectively saying the fines are too small and as such should be increased to N5 million for corporate body and N1 million for an offending individual.

Leading the debate on a Bill for an Act to amend the Personal Income Tax Act, which eventually passed second reading today on the floor of the Senate, Senate leader, Teslim Folarim disclosed that the Bill seeks to amend the Personal Income Tax Act to make it more responsive to the tax policies of the federal government and to enhance its implementation and effectiveness.

He added that the Bill is deliberately structured to correct all the observed anomalies in the existing Act, by strengthening the tax policies and recommending stiffer penalties for infringement.

According to him, “a person engaged in banking in Nigeria shall prepare a return at the end of each month the details of new customers of the bank and failure to adhere to this, such a person will be liable on conviction to a fine of N500, 000 in the case of a body corporate and N50, 000.00 in the case of an individual. This is against the old regime of 5,000 and N500 respectively.

“The Bill makes it a serious offence for any person or body corporate who, being obliged to deduct tax, fails to deduct or remit the deducted tax within the stipulated period to the relevant authority.

“It also makes it mandatory for every employer to file a return with the relevant tax authority of all emoluments paid to its employees not later than 31st January of every year, and any employer who contravenes its provision shall be liable to a penalty of N500, 000 in the case of a body corporate and N50, 000 in the case of an individual.”

The Senate leader maintained that the prescribed penalties in respect of fine on convictions was adjusted to reflect present day reality, adding that the new tax regime would enhance the revenue profile of the government and also ensure that government has more money to provide critical infrastructure to our teeming population among others.

Contributing, Senator Smart Adeyemi said that government should instill in the people the fear of paying tax, insisting that efforts should be made to review laws that have to do with tax.

He added that stiffer penalty should be put in place, stressing that corporate organization whose revenue runs into billion of naira should be made to pay N2 million if it defaulted in paying tax.

Senator Ibrahim Ida on his part observed that the Bill is a right thing in a right direction, even as he noted that if Nigeria gets this right, it would continue to get it right.

In his contribution, Senator Kati Bello said evaders should be made to pay five times the stipulated fine, while Senator Effiong Bob lamented the late coming of the Bill as the sixth Senate is coming to an end, but however noted that the penalty for evaders is too low and ridiculous and called for a fine of N1 million in the case of individual and N5 million in the case of corporate body.

Senator Patrick Osakwe noted that all over the world nobody wants to pay tax, adding that “it is a global issue that is why most countries make it an indirect tax. No amount of penalty will change peoples’ orientation; we should put more emphasis on indirect tax. The penalties are very low and should be adjusted upward to serve as deterrent to help people to pay tax.”

He observed that the mode of tax collection is another problem in the country, insisting that this Bill should address that anomaly. Senator James Manager suggested that the fine should be increased four times.

The Bill however passed second reading, with directive from Deputy Senate President, Ike Ekweremadu who presided over the plenary that Nigerians should support tax regime to give everybody a sense of belonging.

He therefore directed the Committee on Finance to consider the bill and report back in two weeks.