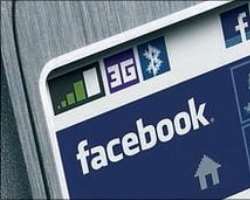 Google has stepped up its data battle with Facebook by blunting the social networking site's app on its phones.

An update for its latest mobile operating system will see users' Facebook contacts disappear from the phone's address book.

Google said it took the action as it was no longer willing to exempt Facebook from its data-sharing rules.

The decision has been seen as indicative of growing tensions between the two internet giants.

The contact-altering update applies to the Gingerbread version of Google's Android mobile operating system - currently only available for the Nexus S and Nexus One handsets, which are manufactured for Google.

Makers of other Android-based handsets are expected to make the Gingerbread upgrade available to their users in the coming months.

If those mobiles use the same version of Gingerbread as the Nexus phones, more owners would find Facebook contacts wiped from their address book.

However, that data could not be exported from the handset, instead it was controlled by Facebook - something Google has said it can no longer tolerate.

"Since Facebook contacts cannot be exported from the device, the appearance of integration created a false sense of data portability," Google said in a statement.

Facebook contacts will, however, remain accessible via the app.

More than 200 million people accessed Facebook via a mobile device in 2010, according to its own figures - up from 65 million in the previous year.

Advertising data
Google would benefit enormously from being able to export a user's Facebook contacts, said Mike Davis, a senior analyst at Ovum.

"There's an awful lot of information you can derive from analysing a contacts list," he said.

That information could be used to improve the targeting of adverts that Google publishes, he added.

The spat highlights the growing tension between Facebook and Google, said Mr Davis.

But, he predicted that Facebook is "unlikely to buckle" to Google's data sharing demands at this stage.

In late 2010, the two companies engaged in a similar data quarrel over the sharing of contact data between Facebook and Google's Gmail web-based email system.