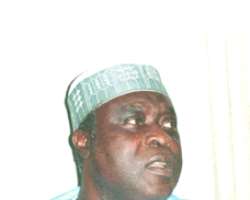 • Tafa
Fresh trouble is brewing for the presidential candidate of the Action Congress of Nigeria (ACN), Malla Nuhu Ribadu, as the House of Representatives resolved to probe a 'missing' N20 billion recovered from former Inspector General of Police (IGP), Mr. Tafa Balogun after his trial for graft.

Ribadu was calling the shots at the Economic and Financial Crimes Commission (EFCC) when the ex-IGP was arrested, tried and jailed for corrupt practices. Upon conviction, Balogun entered into a plea-bargaining to return part of the money traced to him as a ransom for his freedom.

The case of the missing money surfaced yesterday at the plenary during the debate for a bill for an act to establish the Nigeria Police Reform Fund and for matters connected therewith, 2010.

Sponsored by the executive, the Bill was introduced by the House Leader, Tunde Akogun, who urged members to support it for second reading in view of the fact that the fund would help in improving the police in terms of training, equipment and welfare. But contributing to the debate, Mr. Halims Agoda (PDP Delta state) queried the disappearance of the N20 billion recovered from the ex-police boss, arguing that the recovery of the stolen fund should be concluded first.

'While we are all concerned about the paucity of funding for the Nigerian Police Force, in spite of rising insecurity, we must, as a House, bear in mind that the N20 billion recovered from former inspector general of police by the EFCC, just disappeared into nowhere.

'Our Committee (Police Affairs) has looked for it everywhere. We have gone to the Central Bank of Nigeria (CBN), but the money is not there, we went to the Accountant General's Office, the money is nowhere; we went to the Police Accounts, and nothing was there. The money has just disappeared.

'So the EFCC and the police must produce this money, because it belongs to the police and must be returned to the police. Mr. Speaker, my dear colleagues, we cannot afford to have the money go like that. It is the responsibility of this House that that money is recovered and sent back to the Police Account.' Agoda reminded the House that funds earlier raised by past administrations were used without the approval of the National Assembly.

'It can be recalled that past efforts were made to set up a fund for the police, but the past administration wasted the funds.' Speaker Bankole interjected by asking the Chairmen of Committees on Police and EFCC- 'Where's the money, where's the money?' At the end of the submission by Agoda, they resolved to direct the Committee on Drugs, Narcotics, Economic and Financial Crimes Commission to investigate where the money recovered from Mr. Tafa Balogun was kept.

The issue of missing money recovered by the EFCC was first brought to the attention of the House last year by Mr. Abdul Ningi through a motion on 'recovery of money and proceeds from sales of confiscated property from corrupt public officers by the EFCC.'

Ningi's motion sailed through and the House mandated Mr. West Ehioge Idahosa to 'thoroughly investigate the matter pursuant to Section 88 of the 1999 Constitution and report back to the House.'

Idahosa was yet to report back to the House as at yesterday when the matter was raised again.