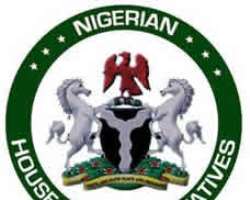 The House of Representatives Committee on Justice probing allegations of graft between two officers of the Judiciary says it will meet tomorrow to fashion out the modalities to carry out the assignment given it by the leadership of the House.

The committee, chaired by Henry Seriake Dickson was mandated to look into accusation levelled against the Chief Justice of Nigeria (CJN), Justice Aloysius Katsina-Alu by the President of the Court of Appeal, Justice Ayo Salami.

Seriake said yesterday that since these allegations and counter allegations were in the public domain, it had eroded the confidence of the people of Nigeria in the judiciary, which was critical to the survival of the nation and its democracy.

As a result, he stated that the committee would meet tomorrow to work out the details and how to go about the assignment. 'You know it is a sensitive national assignment. It is one being carried out with the aim of protecting the Judiciary as an institution and not to add to the pervading loss of confidence. 'So we are meeting to consider our approach in the assignment but what is sure is that we cannot afford not to do anything about it. The allegations and the face-off, judging from the way it started and the personalities involved and the Judicial institution they represent, cannot be ignored by the House of Representatives.'

Bearing in mind that the matter was filed in court and an affidavit signed; statements and allegations made on quote; he noted that the contents of the affidavit concerned two very senior legal heads of the nation's judicial system. 'I have summoned a meeting for Tuesday of our committee to discuss the modalities of how to go about it. The enquiry is going to be on two critical areas.

'One of them is that we will like to know the steps the National Judicial Commission (NJC) is taking or has taken in respect of judges who had granted ex-parte orders on political disputes in circumstances that amount to the violation of their judicial oath and a breach of fair hearing.'

According to him, most court orders these days were not with a view to preserving any status quo or any res that was in danger of destruction, hence there was no need in most cases for a conservative order, especially a preservative order given in the absence of parties affected.

'So we have such complaints from members of the public. We will like to know what steps the NJC, which has powers to discipline erring judges, is taking in those types of matters where there are clear violation of the judicial oath.' However, he stated that the committee was not going to sit on appeal over the actions and decisions of these judges because the House was not the court of appeal.

'We don't have the powers to sit on appeal over the decisions of judges; we don't even have powers directly to discipline judges; parliament has no powers to discipline judges directly. 'However, parliament has powers to oversight the NJC which whatever it does or whatever decision it takes is administrative in nature and not judicial. And our interaction in that respect will be to find out if NJC is in receipt of those cases and what NJC has done or is doing or proposing to do.'

But the NJC including the CJN who is the chairman, when they are sitting as members of the NJC, they are not sitting in a judicial capacity; the decisions that they take administrative and therefore subject to parliamentary oversight. So we do not have powers even to discipline judges, but we have powers to oversight the institution, the NJC, which has authority to discipline.