The African Woman And Her Hair 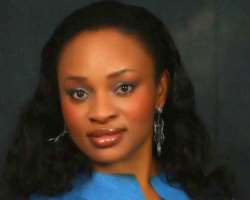 Recently, I started feeling bad about us, African women. I started this year with so much pain thinking about our long lost African Heritage. We have thrown away our own culture. We have unconsciously embraced the culture of the white man thereby tagging our own “unacceptable” and “barbaric”.

Like I said last week, we keep talking about slave trade coming to an end centuries before our birth when in the actual sense we are still slaves to the white men.

It pains me when I look around us and see so much that nature has blessed us with, but we are busy enjoying the culture of the white man and promoting everything about them while they assist in making sure our own culture is dead and buried. Like Dr. Uma Ukpai once said; Africans are a people who look, but don't see; when they see, they don't appreciate; when they appreciate, they don't celebrate.Girls, this is the major cause of our problems as Africans.

I tried to do a little research into the origin of all these wigs and long/sleek hair madness. I tried to look at those social institutions that have shaped how African “nappy “hair is perceived. I also tried to find out what black hair stands for in today's society.

According to James A. Rawley, during the transatlantic slave trade (17th century), the time when blacks were deported from the “Dark Continent” (Africa) into the Caribbean and America; black women were dehumanized and made to feel inferior as their hair was viewed as wild and animalistic. You know all our fathers and mothers went through in the hands of their taskmasters. As the slave trade continued, white supremacy rose and blacks became more inferior. Black women were sexually abused and impregnated giving rise to children with lighter skin and longer hair close to those of the Europeans. These mixed women were treated specially and taught how to read and write because they closely resemble the colonists' race. This led black women into using heat to straightening their hair for a better relationship with the whites.

With the introduction of relaxers in 1920s by Madam C.J. Walker, African women were able to secure better jobs among the whites. Most black hair care companies today are still owned and controlled by Caucasians with their advertisements geared towards discrediting our black hair for better sales. It is really sad how we have fallen so cheap to these antics of the white man. They use the media to make us believe that our natural hair is animalistic while theirs is sleek and beautiful.

This is one advert I have decided to kick against. What makes them think I should have their very own hair texture? I didn't go too far in blaming them because we accepted it. It was only towards the end of the year my eyes were opened to the truth and I vowed never to go for all those attachments simply because I want to be like them. As an African woman, I love myself and I don't want to be like any other person. I am one person that is so blessed with a very high self-esteem and that makes me not to believe there is anyone better than I am. I know some of you will be wondering; why is she talking about African hair when her picture shows the opposite. That picture was taken last year when I was one of their slaves. Whenever my work permits me, you will have my new pictures, but you can also see my new look on facebook.

I am one person who does not spend on clothes what I spend on my hair. Few weeks before Christmas, a Liberian friend called me after he saw my picture on facebook with my natural hair. He pleaded with me not to give up my natural beauty for all those stuff women wear. He reminded me about the beauty of an African woman which has been lost a long time since we started struggling to become what we are not. While he was still talking, I started reflecting on the glory of the African woman. I remembered my mum's pictures where you see the natural beauty. I remember seeing some pictures posted by my older friends on facebook, pictures taken in the 70s when women were with so much glory.

I didn't stop there, I remembered Chris Kehinde Nwandu posting a comment on facebook on how everything about African women is now false-false eyelashes, false hair, false nails, false eyeballs, false pregnancy, false virginity, false, false, false.I may not have done the false lashes, not because I couldn't have done it, but because I was just too scared for my eyes. But I tried to calculate the amount of money I spend on false nails and artificial hair; my God, it was mind blowing. I realized I have spent so much on frivolities-Brazilian and Indian hair. I also asked myself a question; is God happy with you for not acknowledging what he has made you to be? This and other reasons which I will let you know in my next article, made me to take the vow never to have those things on my hair and nails again.Initially,it was difficult for my kids to adapt to my new look, but gradually they have come to accept and respect me more for being real.

Girls, there is so much glory on us as Black women, but we have gradually lost it all. I also did a little research about our own Afro hair and what it stands for. We all know that most people look at you as weird and wild when they see you wear afro.Girls, my finding was a very interesting one. In 1970s, African women, after sufferi