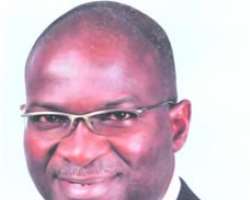 Fashola
All over the country the political atmosphere is charged, preparatory to the April 2011 general elections. Expectedly, all daily basis new alliances area broken as new political marriages are contracted. The governorship election would hold in 31 states of the federation in the April 16, governorship polls. There would not be governorship election in Anambra, Edo, Ondo, Ekiti and Osun states. The governors of these states would not have served out their constitutionally guaranteed four years tenure.

In the 31 states were the gubernatorial poll would hold, Lagos, Kwara, Abia, Bayelsa, Rivers, Imo, Ebonyi, Oyo, Ogun, Plateau and Nasarawa stands out.

The governorship election in these states would be more than just a contest. It would be a battle of battles.

Presented below are the gladiators in the battle for the political souls of the state.

Kwara
In the April polls, all eyes would be on Kwara State. The world would want to know what becomes of the stranglehold of Senator Olusola Saraki on the politics of the state. The former Senate Leader, whose son, Bukola is a second term governor of the state has always dictated who got what in the state politically. He is reputed to have install all the civilian governors of the state since 1979.

For this year's contest, he has anointed his daughter Gbemisola, a serving senator for the governorship of the state. When his governor son could not play along, the senior Saraki moved to the Allied Congress Party of Nigeria (ACPN). Already, Gbemisola has emerged the governorship candidate of ACPN in the state. The stage seemed set for big fight between the PDP lead by Governor Saraki and his father. Will the senior Saraki triumph this time?

This newfound confidence is a fall out of the party's two successive victories against the ACN in the state. Recently, the PDP vanquished the ACN in the in a rerun election for the Ibeju-Lekki Federal constituency. Though the ACN did not contest the rerun, it supported the Alliance For Democracy, which eventually lost to the PDP. Just last month, the PDP again defeated the ACN in a bye-election into the Ikorodu II state constituency.

The state chairman of the PDP, Mr Setonji Koshoedo said his party's victory in Ikorodu hitherto considered ACN stronghold is an indication that his party can upstage the ruling party in the state in a free and fair contest. Besides, he said they have identified all the loopholes their rival have always exploited o win election in the state. His optimism not withstanding, the PDP still have internal strive within its ranks and Fashola's popularity to contend with.

Besides, the immediate past governor of the state, Senator Bola Tinubu sees the fight to the control of Lagos as a personal fight and would do all within his power to keep the state. Especially, now that his influence is growing in the Southwest.

Ogun
The ACN would be seeking to reclaim the state, which it lost in 2003. The ACN is strengthened in this contest by its recent victories in Ekiti and Osun States. So, for the party, 2011 is the time to completely takeover the south west. The party is obviously prepared for the battle. To achieve the feat, the party has nominated Ibikunle Amosun in Ogun . Besides, the political dexterity of Amosun who contested the 2007 in the t as candidates of the All Nigeria People Party (ANPP), one thing the party has going for it is it cohesion both in the state and south west

The intra party crisis within the Ogun PDP would be the party's greatest undoing. In Ogun the party has two governorship candidates, former ECOMOG commander, Brig-General Tunji Olurin(rtd) and Gboyega Isiaka nominated by the two factions of the PDP in the state.

Oyo State
Just like in Lagos and Ogun , the governorship contest in Ogun is a straight fight between the ACN and the PDP.

The crisis in the state PDP would make the ACN take the state on a silver server. Like in Ogun, the Oyo PDP is heavily factionalized. Though the state governor Adebayo Alao-Akala who is gunning for a second term is seeming having upper hand in the battle to control the party machinery, whatever victory, he has gotten may be short-lived.

ACN has nominated Ajimobi as its gubernatorial standard bearer. Besides Ajimobi, Akala has a strong rival in former boss turned foe, Senator Rashidi Ladoja. Ladoja would be contesting the election under the platform of the Accord Party. He would also have the senate leader, Teslim Foralin and his group to contend with in the election.

Imo
The April election would rekindle the bitter feud between Imo state governor, Ikedi Ohakim, the PDP governorship candidate in the state, Senator Ifeanyi Ararume and his predecessor, Achike Udenwa. Udenwa worked for the emergence of Ohakim as governor of the state against Ararueme who was his party's candidate. The former governor and successor had since gone their separate ways.

Udenwa and Ararume has settled their difference and aligned forces to pull the rug off Ohakim's feet.

After months of battling for the soul of PDP, the Alliance the political group of Udenwa\Ararume left the party for the opposition ACN. The former senator has already won the nomination of the ACN as governorship candidate in the state. With that the ground is set for the duel between Ohakim and Udenwa\Ararume. Also, posing a serious challenge to the Imo governor is Owele Rochas Okorocha. Okorocha is contesting the election as the candidate of All Progressive Grand Alliance.

Abia
In Abia, the battle would be fierce. The governor, Theodore Orji would be fighting the political battle of his life. Orji was elected on the platform of the Progressive Peoples Alliance (PPA) while in incarceration in Kirikiri Prison Lagos in 2010 dumped the party for the APGA and later PDP on whose platform; he seeks a second term as governor.

He has the political machinery of his predecessor, Dr Orji Uzor Kalu to contend with. Ironically, it was this machinery that was used to win the election for him on the PPA platform against the PDP candidate, Onyema Ugochukwu and the federal forces led by former President Olusegun Obasanjo.

Orji main challenger in the election is his former deputy, Mr Chris Akomas. Akomas is the governorship candidate of the PPA. He still has internal strife within the PDP to grapple with. In Abia, it is indeed a titanic struggle.

Ebonyi
Ebonyi State governor, Martins Elechi would have the Ogbonnaya Onu factor to contend with. Onu, a former governor of old Abia State is the national chairman of the All Nigeria's Peoples Party (ANPP) hails from the state. He came second in the 2007 governorship election that brought Elechi to office. Daily Sun reliably gathered that Onu's emergence as the ANPP national leader late last year has reenergized the opposition in the state. PDP stalwarts who has scores to settle with the governor in the state has found refuge in ANPP.

The party has as its governorship candidate Senator Julius Ucha. Ucha, a former speaker of the Ebonyi State House of Assembly left the PDP for ANPP to actualize his governorship dream. The former speaker is believed to have the support of the Sam Egwu political machinery. Onu would need win the state at least to prove that he serious of making his party a strong force in the country. There is also the former Minister of Culture and Tourism, Ambassador Frank Ogbuewu. Ogbuewu is the candidate of APGA.

Bayelsa
Another state to watch is Bayelsa. Bayelsa State, Timipre Sylva is been challenged by former managing Director of Niger Delta Development Commission (NDDC), Timi Alaibe. Alaibe is no pushover in the politics of the state. A grassroot player, he is known to have given President Goodluck Jonathan a strong fight for the PDP governorship ticket in Bayelsa in 2007. It was a in bid to get him off Jonathan's back that he was made the NDDC boss apparently as a compensation.

He would tackle Sylva from the Labour Party (LP). An ally of the President, he has to move into LP because of the return ticket deal between the president and PDP governors. Though the Bayelsa governor has picked the PDP ticket for a second term, Alaibe whose entry into the race has changed the equation in the state is believed to be the man to beat. Besides, the governorship has boxed President into a tight. He faced with dilemma of who to support between Alaibe who is a close ally and is party's candidate, Governor Sylva, who is a latter day supporter.

Rivers
Rivers State governor, Rotimi Amaechi would be locking horns with a Minister of Transport, Abiye Sekibo.Sekibo, a former secretary to the state government is the ACN candidate. He is believed to have the backing of former governor of the state, Peter Odili. The governorship race would be a test of might between Amaechi and his former godfather and benefactor whose candidacy represents.

Plateau
In Plateau, embattled Governor Jonah Jang would be squaring up against his deputy, Mrs. Pauline Tallen. Tallen after months of running battle with her principal defected to the LP alongside some key political players in the state. She would be contesting the governorship seat against her boss as the LP standard bearer.

Nasarawa
In Nasarawa State, the governor, Alhaji Aliyu Akwe Doma is been challenged by Alhaji Tanko Al-Makura. Al-Makura recently defected from the PDP to the Congress for Progressive Change (CPC) where he has emerged as governorship candidate.

Al-Makura's biggest strength in the contest is his deep pocket. But political sources in the state said he lack the structure to bring his governorship ambition to fruition.