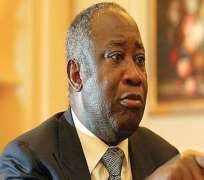 That Alassane Ouattara won the election in Cote d’Ivoire on November 28, 2010, is acknowledged even by his opponent, Laurent Gbagbo. The problem arose only because the constitutional council subsequently ruled against certain poll counts in Ouattara’s strongholds in the north of the country, for alleged election irregularities. But the council’s credibility is suspect.

Before the poll, Gbagbo had set about willfully to pack the council with his handpicked cronies, fearing he might turn out to be the loser in the contest. So the choice facing the international community is clear: either to accept the popular will as expressed at the poll or to accept a subversion of that will by the council. ECOWAS leaders chose the former, followed by the rest of the international community: the United Nations General Assembly approved the regional decision and recognized Ouattara as the winner and president-elect.

A brief historical background to the crisis would help.

Cote d’Ivoire gained independence from France in 1960 with Félix Houphouët-Boigny as president. He ruled the country autocratically under a virtual one-party system. Notwithstanding, for more than two decades, this universally unacceptable political system produced a massively successful economy. Agriculture as its mainstay, the economy grew exponentially with cocoa exports at the apex.

Immigration was at the core of this growth: immigrants particularly from the Sahel were welcomed to cultivate cocoa on unused land. A tidal wave of immigrants followed. It peaked in 1980, producing about 40 per cent of the national labour force. Politically the model worked: Houphouët gave immigrants economic muscle while taxing their cocoa exports heavily to finance jobs in a public service dominated by Ivorian indigenes.

Houphouët’s model suffocated from the economic shocks of the 1980s, characterized by rising international oil prices and collapsing cocoa prices, leaving the country heavily indebted. By 1993, the national debt had risen to $15 billion. Poverty soared. The mostly immigrant cocoa producers seemed the only group insulated from the vagary. The tax on cocoa exports, disguised as price stabilization, guaranteed the farmer a local price whatever the international price. When the international price fell below the local guaranteed price, what was originally a tax turned into a subsidy and the immigrant farmer got the windfall. This aroused anti-immigrant sentiments especially in the urban and cocoa-growing areas, including in Gbagbo’s homeland. A powder-keg was waiting to explode!

In December 1993 Houphouët died without an obvious successor. After a lot of wrangling, Henri Konan Bédié emerged as president. Ouattara, who had been prime minister and generally regarded as possessing better leadership credentials, decided to leave the country to take up the number three position in the IMF hierarchy in Washington. France took the unprecedented decision of disconnecting the CFA franc from its moorings in the French Treasury, leading to its immediate devaluation by 50 per cent. As if that was not problem enough, Bédié unwisely teamed up with Gbagbo to reverse the ruling party’s historical position on immigrants, all aimed at disenfranchising Ouattara as a presidential candidate in the election then planned for 1995. Ouattara, a Muslim from the north, was now cast as an immigrant and a noncitizen.

Gbagbo had always known he would suffer an ignominious defeat in any fair presidential poll against Ouattara or Bédié, so he did not stand in 1995. Instead, he boycotted the poll, along with Ouattara’s supporters. This left Bédié to win the election. By promoting xenophobia, Bédié ignited the powder-keg against immigrants; he also removed many northerners from their positions in government.

At the same time, the army became restive. They had first shown signs of restiveness in 1990 when they mutinied to secure better wages. Gueï, a general in the army, negotiated an end to the mutiny and got himself promoted as chief of staff.

Gueï continued as chief of staff under Bédié who wanted him to purge the army of northern elements and also arrest Ouattara. Gueï refused. Bédié fired him along with 700 soldiers. In 1999 Gueï replaced Bédié in a bloodless coup, promising fresh elections within six months. Although he kept his promise, he soon convinced himself of his natural proclivity for the job of president. So he made himself a presidential candidate. However, elections posed a problem for him. Although his talents were evident to himself, there was no upwelling of popular support in an electorate already divided between support for Ouattara and support for Bédié.

Gueï declared them both to be ineligible, securing approbation from a packed constitutional council, which, having got the hang of it, also ruled out a further 12 candidates. He forgot to borrow a leaf from the contraption of Sani Abacha in Nigeria. Abacha had pioneered a multi-party election in which each of the five parties he helped to create chose him as its candidate.

Sadly he had died before being able to contest his planned election against himself. For his part, Gueï, being less ingenuous, decided he ought to have an opponent to legitimize his victory. Gbagbo obliged and became Gueï’s handpicked opponent. But, like the archetypal dictator, Gueï made the classic error of overestimating his popularity. Most people did not bother to vote in the sham election, and among those who did, most voted for Gbagbo.

Gueï merely used the election to anoint himself with the magic oil of democracy; not one to choose a president. So he did not take kindly to being rejected by the Ivorian electorate and promptly declared himself winner and disbanded the electoral commission; in effect staging a coup against himself.

But Gueï had also underestimated Gbagbo, who immediate deployed his Young Patriots, whom he had been secretly arming as a private militia. In no time they outfought Gueï’s army and also turned their guns on northerners living in Abidjan, dumping bodies of those they killed in the lagoon.

From time immemorial, the Ivorian army’s chivalry hardly ever rose above the ceremonial, never having been baptised by enemy gunfire until that moment. If Bédié salami-sliced the army whenever they mutinied, Gueï gutted them. So when the time came that Gueï needed them most to defend his regime, he discovered to his astonishment that not much gallantry had been left in them to be of any use.

So then Gbagbo came to power through the admixture of an unfair election and a rag-tag militia of youths. Lacking confidence in his own ability to win a fair election against Bédié or Ouattara, Gbagbo had made no secret of his aversion for elections: he skilfully avoided every demand to restage or hold fresh elections.

Gueï, on the other hand, had tasted power once and had evidently allowed it to intoxicate him. So he attempted a comeback coup. The coup failed, his army proving no match for Gbagbo’s youth militia. In the process Gueï was killed along with his family. The rump of his soldiers then retreated to the north of the country, coalescing into the Forces Nouvelles (FN) and waging a rebellion.

As that rebellion raged, further entrenching the FN in the north, Gbagbo’s grip on power proved more and more precarious. His writ hardly ran outside the capital. To make matters worse, he made the mistake of using French citizens living in Abidjan as hostages as well as inciting his youth militia to attack them; all in a desperate effort to force France to come to his defence. French troops did come to his rescue just so that they could save their nationals from attack by his youth militia, whose ranks by then were swelling with mercenaries from former rebel forces in Liberia and Sierra Leone.

An attempt was made to broker an accord in Paris between Gbagbo’s regime and the FN, providing for the formation of a coalition government headed by Gbagbo and the FN holding some key cabinet posts including Defence. The accord unravelled when Gbagbo repudiated this aspect of the deal. He then proceeded to import more arms into the country, including air power, prompting the UN and ECOWAS to impose an arms embargo, albeit it proved utterly ineffective. He used his air force to bomb a French base near Bouaké, killing nine soldiers. The French retaliated by destroying his air force.

The ensuing stalemate prevailed well beyond the end of Gbagbo’s term as president. A second deal, worked out with the help of the international community, brought about the replacement of his regime with one headed by a neutral technocrat as prime minister. Not too long after, this international deal was replaced by yet another deal, this time an internal one struck between Gbagbo and the FN leader, Guillaume Soro. Gbagbo got rid of the technocrat as prime minister and appointed Soro in his place. Both Gbagbo and Soro promised elections but on their own terms. Again, not too long after, Soro narrowly escaped death in a helicopter crash. After the election, Soro switched his allegiance to Ouattara.

Thus seen, whereas the UN was demanding democratic elections, involving the participation of Ouattara and Bédié, before giving its imprimatur, fearing that the poll might produce a winner other than himself, Gbagbo decided in advance to pack the constitutional council with his handpicked cronies, who would help him to reverse the result of the poll if it did not go in his favour. This is why today he is relying solely on that council’s verdict for doggedly clinging on to the presidency, not on the poll result declared by the electoral commission. His refusal to accept defeat and hand over power is nothing short of a coup against the democratically-elected and internationally-recognised president of Cote d’Ivoire.

All in all, Gbagbo, despite all his shadow boxing and stubbornness, must be a worried man. Given that his socialist friends in France are no longer in office, and the UN has unanimously recognized his opponent, Ouattara, as the president-elect of Cote d’Ivoire, he is now without friends. Where to spend the remainder of his life and his new wealth are matters which must now be exercising his mind, to say nothing about his likely prosecution for human rights violations. All the same, it is better for Gbagbo to accept the offer of asylum made to him by foreign governments or the offer of amnesty by the president-elect while they are still available.

But the most surprising thing of all has been the conspicuous silence of the Ivorian military, or what is left of it since its emasculation by both Bédié and Gueï. Maybe, a mere threat from them could have provided a heavy restraint on Gbagbo. Something similar happened in Senegal in 2000. There was an election, resulting in the defeat of the incumbent president. Any reluctance on his part to accept defeat and demit office rapidly dissolved when the army made it known that if he did not, they would mount a coup. That Senegalese episode is certainly one modern example where the mere threat of a coup, not even a coup attempt, by the military saved the democratic process.

* Dr. Abass Bundu, Sierra Leonean politician and diplomat, is the former Executive Secretary of ECOWAS (1989–1993) and Assistant Director of International Affairs and Consultant in Constitutional Law in the Commonwealth Secretariat in London, UK (1975–82)