We will ensure electoral liabilities aren't given PDP tickets â€“Obi 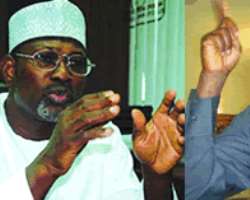 Prince Barth Obi, a former member of House of Representatives and the Imo House of Assembly, is national coordinator of Consolidated Support for Peoples Democratic Party (PDP), a body which he describes as a pressure group that functions to ensure that public officers elected on the platform of the party are accountable to the people that elected them.

He told Daily Sun in this interview that his group is poised, not only to frustrate the re-nomination of those elected officers who failed to use their office to improve the lives of their people, but will also resist anybody who wants to foist them on the electorate.

Obi spoke on the need for the leadership of the PDP to ensure that non-performing governors are not given the flag of the party in the forth-coming primaries, and warns that the party will regret it if it did so. A staunch supporter of President Goodluck Jonathan, he also believes that the current rift over who should be the presidential candidate of the party was a clear indication that democracy is alive within the PDP.

How do you checkmate them?
We have been doing that. Let me give you an instance. When the National Assembly invited Sanusi Lamido, the Central Bank Governor, and the man stood his ground, we gave him applause. The next day, the former Chairman of Revenue Mobilization, Tukur Hamman, came out on African Independent Television, [AIT], and supported him, it means we are on the path of truth. We don't believe that because we are in PDP and PDP does what is wrong, that we will support it; no.

PDP is a political party that will govern this country for a long time, I can tell you that. But that bad aspect of the PDP is what we don't support; we will never support it. We believe in true democracy; that is the essence of forming this group. We can't allow people to do whatever they like because we are in PDP; democracy is the greatest good for the greatest number of people, and that has been the reason why we formed this organisation; to make sure that those of them who are not playing the game according to the rule will never be supported.

These people are elected by the people, and they have the platform of their offices to do what they are doing; yours is more or less a pressure group, you can't force their hands.

It's not a matter of forcing our views on them. When you tell them and they don't want to listen, then we act through the electorate, we talk to them (the electorate) and they listen to us. We have endeared ourselves to the electorate. Any PDP member who doesn't perform, who doesn't do what his people want, we will force him not to re-contest. If he does, we will force him out through the ballot because the electorate now sees that we are apostles of social justice, that irrespective of the fact that you belong to PDP, we will not agree with non-performance. We only believe in the positive aspects, where the masses are satisfied.

How do you get members?
We are mobilizers, we mobilize people into the organisation with the condition that if you want to be a member you must be a very transparent person, somebody that is very honest, when you see the truth, you speak the truth.

Given the stranglehold the governors have on the PDP, how would you sustain such an organisation that is meant to checkmate them?

Let me tell you, we have been selling this idea to the leaders of the PDP. Any governor, who does not perform, no matter his influence in the party, will not be re-nominated by the PDP, because if the party re-nominates such people, they are going to be a liability to the party. Now let me tell you why I think that this election of 2011 will be an election where people's votes will count. It is not going to be another election in which a person wins and another is announced as winner, because the eyes of the entire Nigerians are open. Everybody is watching, so, the issue of the overbearing attitude of the governors towards the party machinery will be for a short time.

We have our plans to checkmate the governors. Very soon, we are going to start the mobilization of the people against the overbearing tendencies of the governors. They have had their day, but I can tell you within a short time, it will stop.

These governors control the party structures in the states; they have tasted power, and they know how sweet it is.

But do you believe that power belongs to the people?

Let's look at your party, the PDP in the light of the controversy about zoning.

How does your group come in here?
I will tell you the truth; nothing but the truth. The issue of zoning should not divide this country. From the look of things, the hardship the country is facing, the issue of who should be the president is beyond zoning.

Let me give you an instance: Now, there is hunger in Nigeria as it is today, and it is affecting the Hausa, the Fulani, the Igbo, the Yoruba, the minorities, and all the ethnic groups in Nigeria. It is also not an issue of religion, because when there is hardship everybody will partake in it, whether a Christian or a Muslim. And also let me tell you, Jonathan has not denied that there was no zoning. The issue is that Jonathan and Yar'Adua were supposed to govern this country for eight years. Unfortunately, Umaru Yar'Adua died. When he died, Jonathan, as constitution demands, became the President of the country.

If you were Jonathan and you were President, would you govern for a few months and step down? Nigerians should be considerate. In the first place, Jonathan happens to come from a zone that accounts for 70 per cent of the country's economy. Second he is also the vice-president who served Yar'Adua like his master. Third, the problem of this country today is not an issue of zoning; Nigerians need somebody who will salvage the situation. And since Jonathan mounted the saddle of leadership, a lot of things have improved.

The only thing is that most of the people that are supporting Jonathan don't know what to say. Look at the petroleum sector; since I was born in this country, there has never been a time we did not witness scarcity of fuel for six unbroken months. Today, petrol sellers are begging the buyers to come and buy. It is no longer the same case of hoarding the fuel and taking it to the black market where a litre is sold for N150.

No, he's a democrat. In dealing with the issue of the bomb blasts that happened in Abuja, previous presidents would have killed a lot of people secretly. Jonathan is not a weakling; he is an administrator; an educated man; he believes in the rule of law; he is a democrat and believes in democracy. And he is not a corrupt politician, when you come to the energy sector, you can see what he has done, even the prices of food stuff are coming down gradually. There was a time that 50 kg of rice sold for N11,000. Now it goes for N8,500. Let us forget politics and tell ourselves the truth. Jonathan has said that he will only govern for four years, let us give him the opportunity, the issue of zoning or no zoning.

You talk as if the PDP has already won the right to produce the president, but don't you think the party is about to implode, even ahead of the elections?

It is democracy. Any political party that does not have a rift is not a political party; maybe it is a one-man party. PDP is the largest party in Africa, and the larger the number, the more problems.

ACN cannot come and start quarelling, what will they be quarelling about? Labour Party cannot be having internal conflicts, how many people are in the party?

In PDP, there is every reason for there to be conflict, and the beauty of it is that there is mechanism for conflict resolution. This has been their gimmick that PDP will implode. When elections are around the corner, people will start quarelling, but before the election they will come together and win the election. The party will not implode.

Charity begins at home, and your organisation holds elected leaders accountable. Can you assess the leadership PDP has given the people of Imo State where you come from these past four years?

That one is not leadership. It is no leadership, it is deceitful leadership. It is not leadership by example. The Imo people have not received dividends of democracy. People are crying, people who are supposed to talk are talking. We have all ran away for the fear of being kidnapped. We have moved out of the state so that we will not be flogged like children. We are not happy, and we have been telling the party leadership to analyse the issue of governance in Imo State critically. There is no good leadership in the state unless the governor repents, unless he promises the people that he will repent.

Are you suggesting that people should reject PDP in the state?

He might change tomorrow. Who tells you he cannot change? A sinner has time to repent, and he might repent tomorrow. If he makes a promise to change, as a PDP man, he will make it because Imo is PDP. But if he doesn't repent, he will not win.