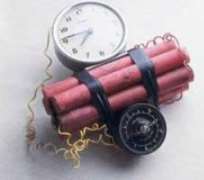 Jubril Aminu wants govs called to order
HUNDREDS of Peoples Democratic Party (PDP) leaders and supporters became the latest victims of growing cases of explosions in various parts of the country as two bombs went off at the venue of their rally in Bayelsa State yesterday.

The incident caused a stampede at Opolo Primary School in Yenagoa, venue of the rally organised by a governorship aspirant, Chief Beimo Spiff for the public declaration of his interest in the race. It also sent shockwaves to other parts of the state capital as residents remained indoor and those who earlier went out rushed home for safety.

Although no casualty was recorded at the scene, some supporters of the aspirants sustained serious injuries.

The explosion occurred at 3 p.m. as Spiff was heading for the podium.

The Yenagoa explosions came barely five days after about 80 people were killed in a twin-bomb explosion in Jos, Plateau State on Christmas Eve.

The Bayelsa blast has further fuelled speculations in some quarters that politicians were behind the recurring cases of bomb explosions in some parts of the country as 2011 elections approach.

At a joint press conference in Lagos on Tuesday, the Sultan of Sokoto and President-General of the Nigeria Supreme Council for Islamic Affairs (NSCIA), Alhaji Mohammed Sa'ad Abubakar III and the President of the Christiaan Association of Nigeria (CAN), Pastor Ayo Oritsejafor, accused politicians of masterminding the bomb explosions and killings in some northern states.

And in its continued search for solution for its internal crisis, particularly the one involving President Goodluck Jonathan and former Vice President Atiku Abubakar, the PDP leadership has fixed a meeting for Monday, January 3, 2011.

The party has also taken serious move to resolve crisis in some of its state chapters.

The Guardian learnt that the  leadership of the party had scheduled a meeting with stakeholders from Enugu State to work out an arrangement that would ensure unity in the chapter, which has been polarised.

It was also learnt that PDP in the state had been broken into camps with the National chairman, Dr. Okwesilieze Nwodo and Governor Sullivan Chime, heading the two major camps.

The Deputy Senate President, Ike Ekweremadu, the state PDP chairman, Vita Abba and other leaders of the party from Enugu, had assembled at the PDP National Secretariat, Abuja for a meeting scheduled for noon yesterday. But when Nwodo came at 2 p.m., they were asked to come back for the talks at 7 p.m. to allow the leadership of the party work out a template for peace in the state.

In Yenagoa incident, nine of the governorship aspirants, Spiff had announced the rejection of the ad-hoc delegate election of the PDP in the state and accused Governor Timipre Sylva of promoting wide spread malpractices and irregularities during the exercise.

Several security agents, politicians, and journalists led by the Chairman of the Federated Correspondent Chapel of the Nigeria Union of Journalists (NUJ), Kola Oredipe, escaped unhurt from the blast scene.

Spiff, who is from Twon-Brass in Brass Local Council has reportedly faced difficulties in his quest to declare his intention to run for the governorship slot under the PDP.

A few months ago, Spiff reportedly raised an alarm over the rising cases of selected attacks on his followers and loyalists in the state capital and his hometown in Twon-Brass. He claimed that due to his being confinement to the wheelchair since 2003 after a motor accident, he had been considered a threat to the governorship seat of the state.

It was also alleged that a few days to Christmas, armed youths stopped him from entering the town.

At the campaign secretariat of Chief Francis Doukpkpola, one of the PDP governorship aspirants, the nine governorship hopeful signed a statement, faulting the conduct of the PDP delegate election last Tuesday.

They alleged that the election materials were hijacked from the returning officers by some government officials, who 'frustrated the whole process. Indication of the planned fraudulent act was reported at the briefing session by the election panel, when the Chairman of the Kolokuma/Opokuma Local Council raised an alarm that a kangaroo election was already going on in his local government headquarters without the legitimate officials and materials. We, therefore, want to inform the party leadership that the delegate election in Bayelsa was a complete fraud and without legitimacy.'

A source at the PDP secretariat in Abuja, claimed that both the Nwodo and Chime factions agreed with the leadership of the party to work out an arrangement for power sharing.

As at press time, the meeting was yet to take off, but a leader of the party told The Guardian that 'this might be the last opportunity to settle the matter and we pray that the arrangement we are coming out with will settle the matter.''

It was also learned that the PDP had tentatively slated a meeting with its two presidential aspirants  (Jonathan and Atiku) for January 3. The meeting is part of efforts to ensure that their campaign organisations conduct themselves in a mature manner.

Also, the Chairman of Senate Committee on Foreign Affairs, Prof. Jibril Aminu has expressed fear that the party might lose the 2011 general elections if its governors were not called to order.

Fielding questions from journalists yesterday in Yola, Aminu said the undemocratic and unconstitutional attitude allegedly displayed by Governor Murtala Nyako and some PDP governors during the party's delegates' elections confirmed that the PDP had no respect for the rule of law.

The senator urged the PDP national secretariat and Jonathan to save the party from collapse. He said other political parties would take over the mantle of leadership from PDP if decisive actions were not taking.

'It is not the birth right of PDP to be the ruling party, other political parties can take over if some members of the party are trying to legalise illegality and murder democracy at the detriment of the general public,' he stated.

Aminu, who described the Tuesday delegates elections in Adamawa State as a shame and disgrace to the nation, accused Nyako of attempting to murder democracy for his selfish interest.

'Adamawa people cannot be held hostage by an individual and his family members in order to remain in power at the expense of the public. We are going to sacrifice lives so that our children get freedom in future. We cannot watch a wicked dictator destroy the future of our promising youths,' he declared.