I LIVED IN MY FRIEND'S APARTMENT FOR YEARS 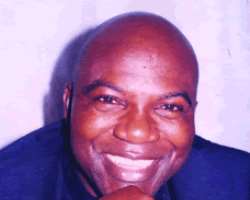 General Overseer of Perfect Will of God Mission, Satellite Town, Lagos, Reverend Mike Ofoegbu, has said that he had it rough before getting to where he is today.

According to the cleric, known in the Pentecostal circle as the 'Pastor of dangerous prayers,' he lived in his friend's apartment, but when he got his own apartment and his friend was hoping to move in with him God told him not to oblige him.

How did you start?
I got born again in a living church in Port Harcourt. I served under Reverend Sam Amaga when he was in Port Harcourt and later I moved to Faith Foundation.

After a while, I came over to Lagos and was with Christian Pentecostal Mission under Rev Victor Okorie. From there, I had a call to go into evangelism. That was the last church I attended before I went into evangelism ministry. I was visiting hospitals and prisons, praying for the sick and those in prisons. Every morning, as people were going to work and I would also be going to my work, which is evangelism. I always dressed like a pastor. The Lord used me to perform miracles in the lives of people, as they were being healed of their infirmities. I had a prayer ministry, where we talk about Jesus. The first revelation I received about Jesus was in a dream. He called me and asked me to follow him; we walked together.

I was living with some friends, who were all boys, in a room. Later, we were given quit notice. Fortunately, I got personal accommodation, which was a room and parlour self-contained. My friends were happy about the development. I had made up my mind that my friends would join me to live there. However, I heard the voice of the Lord, saying 'I gave you a house. I don't want anybody to live with you.' I was confused and disappointed because the person I wanted to bring into the house actually hosted us when we were in need of accommodation. One of them told me that he intended to move in with me. I told him that the Lord had instructed me to live alone. He said: 'Which Lord? Where was the Lord when Emeka accommodated all of us?' He said: 'Mike, don't be wicked; what will you preach to people?' I did not know what do say, but I had to obey God.

It was from then that Christ started visiting and revealing how to run the ministry. That was where I got the revelation to write my book, 'The dangerous prayer.'

What were you doing before you became a pastor?
In my days in school, I was very brilliant. I decided that I would travel abroad to study. I got a scholarship and I told my father. He was happy. That day, my father took me to see one of his friends, a white man called Philip. The man said that it was a wrong idea. He said that I didn't need to travel out but go the field. He was in the field; now he is doing well. This man deceived my father. My father cancelled everything that I had planned; that ambition was destroyed. I went into business. God told me things in the dream. He always said: 'My friend, this is not your calling.' I remember that those days in secondary school, I started having strange problem. In school, I was nicknamed bishop because of the way I behaved. Things were not going well for me and a friend of mine said that we should see a spiritualist in their town. I joined him. When we got to the house of the spiritualist, who incidentally was a woman, she shouted that I should not even think of travelling abroad. She said I should go do the work of God. I told my friend to collect the money back as the woman had no solution to my problem.

I was in business for years but nothing came out of it and the Lord said that I should pull out and I did.

What was your parents' reaction when you told them your intention to be a pastor?

That spiritualist had told me that my parents would not like the idea of being a pastor. When I told my father that I was going into the ministry of Jesus Christ, he vehemently opposed it. Something happened that made him believed that it was not on my own volition that I went in to ministry. My father had a protracted hand problem. He could not lift his hand and had visited many hospitals without solution. One day, I came back and told my mother that the spirit of God was in me and that I was going to heal our father's hand. I commanded the hand to be healed and it was healed. My father shouted and asked me where the power came from and I said from Jesus. It was at that point that he said if that was what God wanted me to do I should go ahead. He gave his blessings.

Was it because your business collapsed that you hurriedly join the ministry?

I know some people, during counselling say that since I have been doing business I never progressed. I believe it is my calling to serve God. I always told them that business was not my calling. I tell people that have problem in their business that their problem is bad management. In my case, it's not really because my business was not doing well, but a calling. There is one thing about the ministry. If you are not called you are not supposed to go into the ministry. The problem with the ministry this day is education.

How did this 'Dangerous prayers' book that people attached to your name come about?

Dangerous prayer is mystery. Before 'dangerous prayers,' prayer was a dead business. The only prayer we knew was the Lord's Prayer. And when we come to church, even as Pentecostals. we were not praying. When Jesus told me about the 'dangerous prayer,' he revealed to me how the world has been in problem and said that 'dangerous prayer' was going to bring the solution. You can't just get a revelation when you are in your house eating Amala and Eba and also drinking. You have to fast and punish your flesh; in this way, my spiritual life was so developed and I became sensitive in the spirit. It was then that the Lord taught me about 'dangerous prayer.' He told me that this was the prayer that would deliver not only Nigeria but also the entire world. And since that book was published more people are now aware of how to wage spiritual battles. Jesus told me to write and I began to write. The spiritual time that controls the earth is 12, 3, 6 and 9, o'clock. Those are the time people need to always pray because the devil knows that time and can use it against anybody.

There are some portions in the Bible that say we should pray for our enemies to live long, but when some Christians pray they ask that their enemies should 'fall and die.' How can you reconcile the two?

We don't pray against flesh and blood but against principalities and power. I hear some people shout 'die! die! die!' when they pray. Well, we don't pray that way. You cannot pray for Mr. This or Mr. That to die. God does not answer such prayers. People don't understand dangerous prayer. There was a time one man attacked me. He accused me of preaching about a prayer that does not exist and I told him that if I pray it he would fall and die. He ran away. That is not what the book is all about. I just scared him. It is a pity that most people are running the ministry carnally. This is not a carnal war. You are fighting forces you do not see. They exist. God released angels. No matter what any man does there is a spirit controlling that person. There is nobody that has prayed dangerous prayer and it did not work for him or her.

The Bible said that Jesus Christ is coming again. When will that be?

Even Jesus Himself does not know when He is coming. The way you will know is the things that are happening around us. Nigeria's problem is spiritual and needs spiritual attention. Church service has been reduced to an hour. You cannot hold people in the church for two hours and they will start shouting that you are wasting their time. In those days, for one hour we were still praising God and another hour, we were still praying. We spend nothing less than four to five hours in the church. We got home spiritually loaded but these days church service has been reduced to one hour. Some people run up to five services. It's a sign of end time. What we hear today are landslide, earthquake and Katrina. The scientists are doing everything, but no solution. That shows that Jesus is on the way. I pray the church will not be disappointed.

How do you manage sexual harassment by women during counselling?

One thing I have to say is this: pastors pull down pastors. If a pastor commits fornication it's not the end of his life or ministry. It is a forgivable sin. Is he not a human being? We should gather and restore our brother and let him continue.

But men of God preach against the pastor and his friend will forsake him. There is man of God I'm still looking for. He went for deliverance with a lady and, unfortunately, they slept in the same room and one thing led to another they had sex. He is now out of the ministry, riding commercial motorcycle. There is what we call unpardonable sin and we can commit. Blaspheming is that only sin.