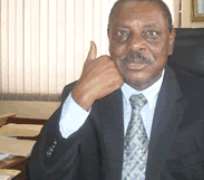 Uwechue
Chief George Nwocha-Ona Uwechue (SAN) is Chairman, Body of Benchers in Nigeria. He speaks on the challenges facing the judiciary, the need for a vibrant legislature and the path to credible elections. CHINELO AGINA brings the excerpts:

The Body of Benchers It is a body made up of legal practitioners who have attained the highest distinction in the legal profession, created by the Legal Practitioners Act. The Body comprises of the Bench and the Bar. Members of the Body include the Chief Justice of Nigeria (CJN), who is made a Bencher for life. All other Benchers, other than those conferred with life membership by the Benchers, are Benchers so long as they hold the office that qualifies them to become benchers.

The chief judges of the 36 states, the Federal High Court, the Chief Judge of the Federal Capital Territory (FTC) Abuja High Court and the Chairman, Council of Legal Education are also benchers.

From the Bar, the President of the Nigerian Bar Association (NBA) and 30 members of the NBA nominated to represent the Bar, are benchers. The Attorney- General of the Federation and the Attorneys- General of the 36 states are also Benchers.

The role of the Body of Benchers
It is the apex body in the legal profession. One of its duties is to admit people, considered fit and proper, into the profession by calling them to the Nigerian Bar and issuing them with Certificates of Call. The body ensures that legal practitioners always uphold the rule of law, promote and foster the cause of justice and maintain a high standard of professional conduct. It also ensures that there is discipline in the profession and may suspend or even disbar those who have failed to live up to the expectations of the profession.

A life bencher and a SAN
A greater number of the life Benchers are from the Bench and the Bar and many of them are already SANs. The law provides that the Attorney-General and Minister of Justice, the Solicitor-General of the Federation, the Attorneys-General of the states, are law officers, and will have the privilege to sit in the inner Bar. If there is no inner bar, to sit on the front role and to mention their motions out of turn. This privilege is extended to only life benchers by virtue of Section 6 sub-section 3 of the Legal Practitioners' Act CAP L11. Some life benchers, who are not Senior Advocates, are entitled to have their cases mentioned in court as if they were the Attorney-General. But life Benchers, who are Senior Advocates as well, belong to two bodies. For such persons, the enrolment number in the role of SAN, determines the seniority in appearance in court whether one is a life Bencher or not.

At 72, you are still active in the legal world, how has it been all these years as a lawyer?

It has been difficult, though sometimes, smooth going. I was enrolled as a Barrister and Solicitor of the Supreme Court of Nigeria on January 21, 1966, and have been practising ever since. I was practising in Port Harcourt when the civil war broke out. I stayed in the Biafran territory till the end of the war, in 1970, but after the war, I resumed my practice in Lagos. In 1979, I was elected as the representative of the people of the then Aniocha Local Government Area in the House of Representatives, on the platform of the Nigerian People's Party (NPP). I was there with people like Edwin Ume-Ezeoke, who was the Speaker. I was the Chairman, House Committee on Public Petitions at that time. I was also the Deputy Leader of the NPP Parliamentary Forum and I acted as Speaker pro tempore in February 1983. I led the Nigerian delegation to the United Nations Parliamentary Forum in June 1981 and chaired one of the sessions.

When I left NPP, I joined the NPN, on whose platform I was re-elected to represent the people of Aniocha in the House of Representatives. I was a two-time member of the House. Incidentally, no one has ever since been re-elected in that constituency which is now part of Aniocha/Oshimili Federal Constituency.

In 1983 when I was looking for money to contest election back to the House, I approached one of my clients, a comfortable man at that time and asked him for money to buy a bus for my campaign. He looked at me, he knew I had lost so much, but he later sent me a cheque for N6,000 under a covering letter.

In the letter, he advised that with the N6000, I had two options. One of the options was to buy the bus for my campaign. The other option was to buy a first class ticket and some foreign currency and travel to London to consult a psychiatrist in England. He thought I was mad in seeking to go back to politics after my resignation from the House.

I replied that I was not mad, and I used the money to buy the bus for my campaign. I was re-elected into the House. But within three months, in December 1983, there was a coup, and we were thrown out.

My take on our judiciary
The Nigerian judiciary has gone through several stages and the early stages were great times of difficulties. The judiciary suffered so much in the area of financial independence. But over the years, particularly since the 1999 Constitution came to effect, the judiciary can present its budget through the National Judiciary Council (NJC) to the National Assembly. When approved, the NJC receives the funds for the judiciary and distributes same to the various arms of the judiciary. In that case, the judiciary no longer depends on the executive for money, for the purposes of being able to dispense justice effectively.

That has been responsible for the recent court cases where the judiciary demonstrated that the real power in this country lies with the people, and that the judiciary is the custodian of that power.

What it means is that if the two houses of the National Assembly decide that 90 per cent of the funds to be appropriated would go to them, while the balance of 10 per cent be shared between the executive and the judiciary, people will shout that it is ridiculous. But if such a bill is passed in both chambers, and the President refuses to give his assent to the bill, both houses may pass the bill by two-thirds majority of each house and it will become law, notwithstanding the absence of the President's assent.

In fact, the House of Representatives alone, can appropriate funds without even the Senate and the Presidency. If a money bill is passed in the Senate and not passed in the House of Representatives or vice versa the joint finance committee of both chambers will meet to resolve their differences. Where the committee fails to resolve such differences then the bill shall be presented to the National Assembly sitting at a joint meeting and if the bill is passed at such joint meeting it shall be presented to the President for assent.

The House of Representatives alone has two-thirds of the members of the National Assembly and so could pass the bill at the joint meeting notwithstanding the position of the Senate on the matter. If the President within 30 days after the presentation of the bill to him, fails to signify his assent or where he withholds assent. The bill shall again be presented to the National Assembly sitting at a joint meeting. If passed by two-thirds majority of both houses at such joint meeting the bill shall become law and the assent of the President shall not be required.

2011 elections.
Elections are not conducted alone by the head of the electoral commission. They are conducted at the polling booths in all the wards of the 774 local governments in the country, where the voting takes place. Our appeal is not just to Professor Attahiru Jega, because no matter how good he is he will not be in all the polling booths on the Election Day. Therefore, our hope is that those who are charged with the responsibility of conducting elections at all levels do their jobs. Also, those who are contesting elections should try to have the spirit of fair play in the elections. They are the people who instigate rigging. If the politicians are not ready to rig or pay someone to rig for them, there will be no rigging at all. INEC officers and other agents working at the polling booths will not just start rigging elections for the mere fun of it.