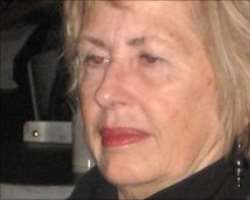 A US food critic who remained anonymous for 16 years has had her cover blown by a Los Angeles restaurant.

S Irene Virbila, who works for the Los Angeles Times, had her picture taken at the Red Medicine restaurant in Beverly Hills and was then asked to leave.

The restaurant then posted the picture on the internet.

Noah Ellis, managing partner at the restaurant, said some of Ms Virbila's reviews had been “cruel” and had cost people their jobs.

In a post on the restaurant's blog he said Ms Virbila “was recognised” while she and her party were waiting for a table.

He said he took a picture of her and then asked her to leave.

He wrote: “I asked her and her party to leave, as we don't care for her or her reviews.

S. Irene Virbila
LA Times food critic
“Our purpose for posting this is so that all restaurants can have a picture of her and make a decision as to whether or not they would like to serve her.”

He said he believed some of Ms Virbila's reviews had been “unnecessarily cruel and irrational” and had “caused hard-working people in this industry to lose their jobs”.

The blog post was later removed but widely reported in the US media.

Mr Ellis also included the false name under which Ms Virbila had booked her table, and her telephone number.

Ms Virbila, quoted by the Los Angeles Times, said: “I always knew at some point a blogger or somebody would take a secret photo. But I never expected that a restaurateur would stick a camera in my face.”

She said anonymity was important for a restaurant critic.

Restaurants could change their behaviour or serve different food if they recognised a critic with a wide readership, she added.