FUEL LEVY FOR WHOM? 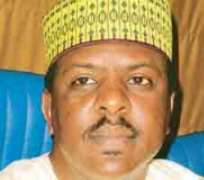 RECENTLY, the Minister of Works, Mr. Sanusi Daggash indicated that the Federal Government would introduce a so-called five per cent road users' charge on petroleum products, especially petrol and diesel. The rationale for this policy initiative is the need to meet government funding requirement for the maintenance of road infrastructure in the country. This latest move of course draws its strength from the Federal Road Maintenance Agency (FERMA) Act which provides for road users' charge. And if government lives up to its billing, the charges would be in force next year.

It would be recalled that since the 1970s, Nigerians have been subjected to various petroleum price regimes with all kinds of justifications. In the era of structural adjustment programme, the rationale for the exercise sold to the Nigerian military rulers by the Bretton Woods economists was that it would help curb smuggling and this was rammed down the throats of hapless Nigerians. That reason left many wondering what exactly the entire panoply of Nigerian security apparati was meant for if they could not curb smuggling across Nigerian borders.

Later on, especially under the Abacha regime from 1994 on, the margin accruing from the increment was put into the Petroleum Trust Fund (PTF) for infrastructural development. Nowadays, the reason is about bridging the cost of importation of refined fuel. All these coalesced into the subsidy discourse which some have referred to as imaginary and indeed rogue mathematics.

Again, the foregoing raises a number of questions which we shall not hesitate to raise at this point. Why is it that despite the liberalisation of the downstream sector and subsequent issuance of licences to private investors, no new refinery has been built to date? Why does government prefer an endless appropriation for Turn Around Maintenance (TAM) instead of building new refineries? And why is the oil sector so fraught with corruption? While we wait for the state actors to provide answers to these questions, the point must be made that the various subsidy initiatives have not improved the national economy instead they have had deleterious effect on the lives of Nigerians who have had to battle with consequent inflation and unemployment arising from low capacity utilisation of the manufacturing sector.

Therefore, fuel levy in the form of road users' charge, being put together by the Ministry of Works is a burden too many for Nigerians. Besides, that ministry is yet to explain to Nigerians exactly what it did with the huge appropriation for road rehabilitation and maintenance in the ministry over the years. Nigerians know for a fact that huge amount of money was budgeted for the Ministry, especially during the tenure of Chief Tony Anenih and Engr. Adeseye Ogunlewe as ministers.

Nigerians are simply tired of fuel hikes in whatever form and cannot be made to bear the brunt of policy failure arising from the inadequacy and ineptitude of public officials. It is a known fact that over seventy per cent of Nigerians lives under the $1 per day threshold. Any further levy would deepen their misery. Importantly, 2011 is an election year, and we strongly advise that nothing should be done by way of indiscretion to provoke the anger of Nigerians and provide an excuse for enemies of democracy to truncate the process in the country.

Without mincing words, the Ministry of works should give up the idea of charging fuel levy for road users and re-focus its attention on other creative ways of meeting its obligations. One sure way, we dare to suggest, is to institute a regime of financial discipline and accountability in the ministry. Besides, what is the purpose of the so-called levy when the Federal Government is also considering concessioning Federal roads to private investors?  We believe if roads are contracted without over-invoicing; properly supervised and built to standards by qualified construction firms, their longevity would be assured and there would be value for money.