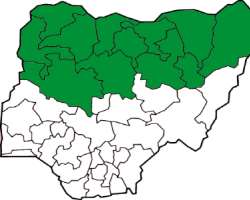 DAKAR, December 20, 2010/African Press Organization (APO)/ -- Nigeria's far north is not the hot bed of Islamic extremists some in the West fear, but it needs reinforced community-level peacebuilding, a more subtle security response, and improved management of public resources lest lingering tensions lead to new violence.

Northern Nigeria: Background to Conflict,* the latest report from the International Crisis Group, examines the region's conflict risks. Violence has flared up there periodically for more than 30 years. Mainly in the form of urban riots, it has seen Muslims pitted against Christians, confrontations between different Islamic sects, and rejectionist sects against the state. The relative calm that much of northern Nigeria had enjoyed for several years was broken by the emergence in 2009 of Boko Haram, a radical group that appears to have some links to al-Qaeda.

Nigeria's northern emirs gave Prince Charles a royal welcome on his tour of the West African country this week. Here he arrives at the palace of the Emir of Kano (4th from right). Photo Credit: The BBC News

In the build-up to the 2011 national elections, the worst-case scenario is that local violence will polarize the rest of the country. This must be avoided through actions at the local, regional and national level.

“While some in the West panic at what they see as growing Islamic radicalism in the region, the roots of the problem are more complex and lie in Nigeria's history and contemporary politics”, says Titi Ajayi, Crisis Group's West Africa Fellow.

Many common factors fuel conflicts across Nigeria: in particular, the political manipulation of religion and ethnicity and disputes between supposed local groups and “settlers” over distribution of public resources. The failure of the state to assure public order, contribute to dispute settlement and implement post-conflict peacebuilding measures also plays a role, as does economic decline and unemployment. As elsewhere in the country, the far north – the twelve states that apply Sharia (Islamic law) – suffers from a potent mix of economic malaise and contentious, community-based distribution of public resources.

But there is also a specifically northern element. A thread of rejectionist thinking runs through northern Nigerian history, according to which collaboration with secular authorities is illegitimate. While calls for an “Islamic state” in Nigeria should not be taken too seriously, despite media hyperbole, they do demonstrate that many in the far north express political and social dissatisfaction through greater adherence to Islam and increasingly look to the religious canon for solutions to multiple problems in their lives.

On the positive side, much local conflict prevention and resolution does occur, and the region has historically shown much capacity for peaceful co-existence between its ethnic and religious communities. Generally speaking, for a vast region beset with social and economic problems, the absence of widespread conflict is as notable as the pockets of violence.

The starting point for addressing the conflicts must be a better understanding of the historical, cultural and other contexts in which they take place. The region has experienced recurrent violence, particularly since the early 1980s. These are the product of several complex and inter-locking factors, including a volatile mix of historical grievances, political manipulation and ethnic and religious rivalries.

“Northern Nigeria is little understood by those in the south, still less by the international community, where too often, it is viewed as part of bigger rivalries in a putative West-Islam divide”, says EJ Hogendoorn, Crisis Group's Acting Africa Program Director. “Still, the overall situation needs to be taken seriously. If it were to deteriorate significantly, especially along Christian-Muslim lines, it could have grave repercussions for national cohesion in the build-up to national elections in 2011”.