CUSTOMS YET TO GET ORDER ON UNBANNED GOODS 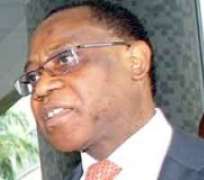 ANPP wants budget's year to begin in June
THE Nigeria Customs Service (NCS) yesterday declared that it was yet to receive any directive from the Federal Ministry of Finance to relax its action on import prohibition of certain goods into the country.

Also, All Nigeria People's Party (ANPP) has urged the Federal Government to develop a new budget cycle that will not disrupt the nation's fiscal and budgetary management.

The party praised the Federal Government's concern in tackling unemployment in the country by setting aside N50 billion in the 2011 budget.

In a statement yesterday by the NCS Deputy Public Relations Officer, Chief Superintendent  Joseph Attah, the Customs  said that it had been drawn to false information being peddled in a section of the media, bordering on its  refusal to implement the new policy on textile and other items that the government announced their removal from the prohibition list.

However, Attah yesterday declared that the Customs was yet to receive any circular directing it to implement the Federal Government's new fiscal regime.

He said: 'The Nigeria Customs Service does not formulate policies but implement them when so directed. While it is true that the Federal Government did announce a new policy on textile and other items, no formal circular on this decision has been received by the Service to enable the Comptroller-General of Customs to commence implementation.

' For the avoidance of doubt, let it be known that the CGC, members of the Management Team and indeed every Customs Officer welcome the review, as it will help to reduce smuggling  as well as increase our revenue collection.

'It is therefore wrong to assert that the CGC is delaying the implementation of a policy that will increase our revenue collection. The Service is therefore ready and willing to implement the policy and indeed any other, as soon as Government Circular is received.'

In a statement signed by the National Chairman of the ANPP, Dr. Ogbonnaya Onu, the ANPP recommended that the nation's fiscal year should be reviewed such that it would begin in the month of June and run to the same month in the succeeding year.

He said: 'We believe that this will give ample time to articulate a viable budget estimate and also provide enough time lag for its meticulous review and meaningful implementation. Our great party has observed that there have been frequent changes in our fiscal year, which have adversely affected consistent national economic planning and seriously injured prudent budget implementation.

'We note that the 2010 budget cycle is yet to end as it is expected to exit in March next year. We wonder whether the nation will not be running a double budget year if the current budget estimates are passed before then.

'It should be borne in mind that double fiscal years not only render scrupulous budget assessment difficult, they considerably weaken the capacity of relevant institutions to manage the budget efficiently and effectively.'

The party, which stated that it had carefully studied the 2011 budget estimate presented to the National Assembly recently, noted: 'We commend the Federal Government's concern in tackling the problem of unemployment in the country by budgeting the sum of N50 billion in this regard. However, we note that fighting unemployment is a critical issue that goes beyond mere budget appropriation. On the contrary, we believe that for meaningful progress to be made in addressing the problem, greater emphasis should be placed on the quality of spending, especially in those sectors that have the capacity to generate employment with minimal public sector expenditure.'

It called attention to the importance of strengthening the agricultural and manufacturing sectors of the economy 'without which employment creation in an economy such as ours will not be sustainable. It should be realised that hinging employment creation on a highly seasonal sector such as construction and the public sector, which is usually the source of growing recurrent expenditure, will not seriously remedy the problem of employment generation in our beloved country.'

It added:  'The trend all over the world, which we commend to our beloved country, is to stimulate private sector growth by providing a conducive and enabling policy environment that will encourage optimal performance to enable it to expand and absorb the required human capital for it to thrive and blossom rapidly. We observed that the budget under review was silent on the important issue of the nation's growing domestic debt portfolio, which is currently put at N3.7 trillion.  Our great party is of the opinion that as a responsible nation, we should check and manage our domestic debt.

'This is because if we hesitate or fail to do so, such will weaken the capacity of the private sector to borrow. This in turn will adversely affect growth and employment generation. We therefore, urge the Federal Government to cap our domestic debt stock and release the debt market to enable private sector borrowers to sustain the seven per cent GDP growth rate as projected by the 2011 budget. Finally, we urge the Federal Government to pay more serious attention to addressing those institutional constraints that have served to weaken effective impact assessment of budget performance in the past.'

He continued: 'In this regard, we advocate institutional reforms that will address proactive public procurement processes and strengthen the capacities of ministries, departments and agencies (MDAs) on sustainable budget management and implementation. Nigeria has ample technical expertise to manage and implement her budget. What is required is to sharpen their skills and enrich their capacities through proper training and retraining.'