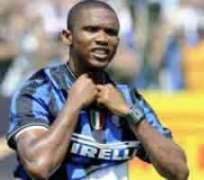 SOME decades back, Europe and the rest of the world related with African football patronisingly, as poor cousins who needed to be urged on.

Over the years, however, the achievements of the likes of Liberia's George Opong Weah and Abedi Pele Ayew in the 1990s have got the world showing some respect for the talents coming out of Africa. Weah picked both the European and World Player of the Year awards in 1995 and a horde of African stars have been playing key roles in important club successes in the European championships.

The thriving English Premier League boasts a good number of African stars that are regular fixtures in the line-up of their respective clubs. This and the good runs of African teams in the FIFA World Cup have combined to give fillip to the African skills exported to world stage through European football.

Perhaps, the greatest good came to African football five years ago when the Confederation of African Football (CAF) and the emerging telecommunications giant, Globacom, signed a historic deal in Paris, France for the sponsorship of the African Footballer of the Year Awards. The dazzling performances of African stars have, through the award, been accorded deserving recognition off the field.

The award has since 2005 assumed a dimension that has compelled world attention. The Mediterranean city of Cairo, as the cream of African football personalities and stakeholders gather at the Intercontinental City Stars Hotel, play host to the very first Glo-CAF Awards ceremony on Monday night. For CAF President, Issa Hayatou, there is every reason to celebrate the partnership with Globacom, which was renewed on August 27 at the CAF headquarters.

Hayatou had said shortly before the contract was signed that Globacom had in the last five years succeeded in showcasing the beauty and talent of African football to the world. In the words of Hayatou, 'Globacom has taken the awards to new dimensions and at CAF, our expectation is that in the next five years, they will do more to improve on their achievements and extend the acceptance of the event beyond the present level.'

This year's award is historic both for the nominees and the record books. Samuel Eto'o is on the threshold of a historic fourth award while Didier Drogba is aiming to equal the three awards already under Eto'o's belt. Ghana's Asamoah Gyan is the strong force that is putting pundits on edge.

The surge of the young Ghanaian to the elite list of contenders has been described as a fresh breath of air to the usual suspects thrown up in the last five years. Gyan is very upbeat about his chances and having just been named the British Broadcasting Corporation (BBC) Player of the Year, Gyan is perhaps already rehearsing a stage performance for the collection of the award.

Asamoah Gyan (Ghana/Sunderland FC): The Ghanaian international, Gyan, is confident that his country will once again produce another African Player of the Year, a feat last achieved by Abedi Pele Ayew. Gyan moved to the English Premier League side, Sunderland, last summer. He said his nomination for the Glo-CAF African footballer of the Year award this time would compensate Ghanaians, who had agonised over Michael Essien's inability to clinch the coveted title after five nominations in a row – from 2005 to 2009.

'I am grateful to God for the nomination' the leggy forward told BBC Radio recently, adding: 'I also believe I have done enough to win'

The Ghanaian international, who joined Sunderland from Rennes of France, described his nomination as befitting reward for his contributions to country and club: 'It shows that there is reward for consistency and dedication,' he said.

'I was very outstanding at the Nations Cup in Angola, did well at the World Cup in South Africa and here at Sunderland, I could not have had a better start at a new club. All these have combined to put in me a strong position to win the African Player of the Year.'

Gyan moved to Europe from Liberty Professionals of Ghana in 2003, settling at Italian side, Udinese. He made a World Cup finals debut with Ghana Black Stars at the 2006 World Cup in Germany, where he impressed and was almost going to sign a Russian record transfer deal with Locomotive Moscow.

However, he extended the contract at the Italian side to 2012 but had to move to French League 1 side, Club Rennes, scoring 14 times in 48 appearances.

Didier Drogba (Cote d'Ivoire/Chelsea): Drogba won his second Glo-CAF Awards title on a day most had expected Eto'o Samuel to clinch his fourth title. Interestingly, the ceremony took place in Accra, Ghana, the same city where he received his first ever Africa Footballer of the Year award two years earlier.

His journey to what has turned out a hugely successful football career started with a move by his parents to have him live with an uncle, who was a professional football player in France. He became homesick after a few weeks and returned to Abidjan, where he played football every day in the car park.

The Ivoirien captain won the double with Chelsea last season and is yet to taste the European Champions League glory, the only club honour that is perhaps missing from his shelf. With Cote d'Ivoire at the 2010 Nations Cup in Angola and World Cup in South Africa, Drogba did not quite live up to billing as his team got knocked out early in both competitions.

However, his strong influence in Chelsea's success in the English Premier League and FA Cup is sufficient push to win him a third Glo-CAF honour.

Samuel Eto'o (Cameroun/Inter Milan): With the envious honour of being the most decorated African player, Eto'o fits the description of 'seen it all, won it all.' His football track has covered almost all the important clubs in Europe, namely Real Madrid, Barcelona and Inter Milan. At the three clubs, Eto'o was decorated with European Champions League medals.

With the Indomitable Lions of Cameroon, he has won the Africa Nations Cup on three occasions, has played in three World Cup finals and also has the Olympic football gold medal.

In 2010, Eto'o linked up Inter Milan to win his third European Champions trophy, having been pushed out by former club, FC Barcelona. He was crowned Glo-CAF Award winner in 2003, 2004 and