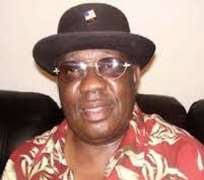 The popular Yoruba musician died following complications from a surgery at the age of 62.

He is believed to have created the Fuji genre of music (a fusion of Juju, traditional Yoruba popular rhythm).

Barrister, who had been plagued by ill health for a while had a great rivalry in Alhaji (‘General’) Ayinla Kollington, another veteran Fuji musician