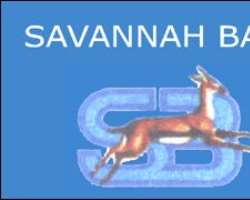 By Emele Onu
The Board and Management of Savannah Bank are taking bold steps to ensure that the bank opens its doors to customers within the 18 months period given by the Appeal Court, in February this year.

The court, however, put a caveat that Savannah Bank had to recapitalise to the tune of N25 billion and meet other regulatory conditions within the specified period, before it could commence operations.

In the first step to reopen its doors after closing for seven years, the Nigerian Deposit Insurance Corporation (NDIC) in Lagos yesterday formally handed over the premises of the bank to the owners.

At the event, hosted at the headquarters building of the bank in Broad Street, Lagos, NDIC's Managing Director, Ganiyu Ogunleye, said in obedience to the Appeal Court ruling, the NDIC was handing over all Savannah Bank branches to the owners, for them to commence stock taking and the process of reopening the financial institution.

Savannah Bank's promoter and former Chairman, Chief Jim Nwobodo, later cut a commemorative tape, signifying the takeover of the bank's 140 branches across the country from the NDIC. Nwobodo said the bank would be coming bank as a world class financial institution, notwithstanding past distractions.

THISDAY gathered that as further steps to fasttrack the re-launch of operations, the bank has engaged the services BGL Plc and other consultants for the purpose of its re-capitalisation, restructuring and streamlining of operations.

It was also learnt that the bank is in the process of sealing deals with some local and foreign investors to beef up the capital to the regulatory minimum of N25 billion.

Savannah Bank had at the time its licence was revoked said it was in a sound financial condition. Sources sympathetic to the bank had said it was in positive net worth position of N1.8 billion as they criticised the revocation of the licence. But the Central Bank of Nigeria (CBN) had insisted that the bank was insolvent.

“The issues the bank has to treat to come back to full operations are confidential and some of them not meant for the public,” he said.

The bank, it was also learnt, has started reaching out to some of its former staff and negotiating for fresh hands to beef up the manpower base. Some of the old staff of the bank were present at the handing over ceremony.

The bank's Managing Director, Ndubuisi Onwubiko, is said to have remained with the bank since its closure, superintending the legal battle and is ever ready to lead the bank's management.

The CBN had revoked the licence of the bank on February 12, 2002 on the ground of unethical practices, insolvency and inability to meet its financial obligations.

The bank latter queried the revocation of its licence and continued closure by the CBN at the court, alleging the bank was in sound financial condition.

Before the Appeal Court judgment restoring the licence, the Federal High Court Abuja had in a judgment delivered on October 20, 2006, upheld the action of the CBN.

But the CBN following a meeting of its Financial Sector Surveillance Committee this year decided not to appeal the court judgment but to restore the operating licence of the bank. The CBN said it took the decision in the interest of the bank's depositors in particular and the banking system in general.

Savannah Bank's Interim Chairman, Mr. Richard Abraham, said the taking over of the premises from the NDIC was a first step towards meeting other conditions for commencement of full scale operations.