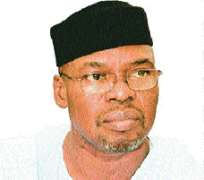 Oni
Former Governor of Ekiti State, Chief Olusegun Oni has said he was ready to face trial, as a panel made of seasoned and respected judges would be constituted to review all the judgements on elections in Ekiti State that had passed through the Election Tribunals and the Federal Court of Appeal.

Oni lamented the continuous assault on the intelligence of Nigerians by people, who ordinarily should be tied to a stake and fired for heinous crimes, saying the call for his trial for election rigging made by former governor of Lagos State and financier of the Action Congress of Nigeria (ACN), Mr. Bola Tinubu was painful.

According to the release issued by his chief media aide, Wale Ojo-Lanre, the former governor said he was not afraid to face any competent panel of seasoned and respected jurists for a review of all elections held in Ekiti State between 2007 and 2010 and court judgments arising from them..

The former governor said the inquiry would expose those who set the Ido/Osi Local Government's Independent National Electoral Commission (INEC) office ablaze only to head for the tribunal, asking INEC to prove that the election was conducted by producing the voting materials they already destroyed.

It would also reveal those who destroyed thousands of votes in Okemesi, Iro, Ijero and other areas where violence was unleashed on Ekiti people during the elections. 'Once again, we are calling for the setting up of a panel made of seasoned and respected judges to review all the judgements on elections in Ekiti State that had passed through the Election Tribunals and the Federal Court of Appeal. 'This is necessary as it would reveal the real election riggers, who have perfected crude way of getting electoral victories through the back door and yet climbed the roof top to accuse others of undemocratic practices.