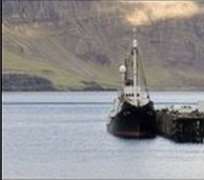 Hard times descended on Iceland after the 2008 banking collapse

The governor of the central bank of Iceland has told the BBC that joining the euro could still be a “good option”, despite the debt crisis.

Mar Gudmandsson said the current debt problems in the eurozone were not due to the common currency, but rather a failure in banking regulation.

Iceland is still in recession after its banks collapsed in 2008, forcing their nationalisation.

It opened membership talks with the European Union earlier this year.

'No panacea'
Speaking to the BBC World Service, Mr Gudmandsson said Iceland could exist both “inside and outside” the eurozone.

“There is no panacea in terms of the exchange rate regime. You can always get yourself into problems if you try hard enough,” he said.

Mr Gudmandsson added that the dramatic fall in the value of Iceland's currency following the banking crisis had been “very difficult” for companies and households, and joining the euro would lessen the exchange rate risk for the financial sector.

The future of the eurozone has been questioned after the Irish Republic became the second eurozone member after Greece to seek a bailout. And some analysts say the debt crisis could worsen and spread to other members, putting the euro at risk.

But Mr Gudmandsson said he didn't believe the common currency was the problem, rather that banks were “undercapitalised… and that regulation and supervision wasn't strict enough”.

The European Union has begun membership talks with Iceland, and the country is viewed as having a strong case for joining because of its already close trading and economic links with the EU.

However it has still not resolved a dispute with the UK and the Netherlands over money owed as a result of the collapse of the Icesave online bank. The two countries want Iceland to reimburse them to the value of £3.1bn ($5bn).

While appreciating that joining the euro could have some positive effects, some in Iceland fear that EU membership could harm the country's traditional fishing and whaling industries.