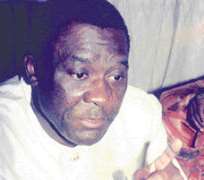 In the last couple of weeks, the newspapers have been awash with the question of who occupies the Orlu senatorial seat otherwise known as Imo West in 2011. That position is currently being held by the senate committee chairman on Gas, Senator Osita Izunaso who wants a second term. In all the write ups, the protagonists and antagonists have tended to dwell on the personalities, thus ignoring the main issues that would shape the decision of the people of Orlu zone.

For those not conversant with the zone, Orlu (or Imo West) occupies 12 of the 27 local government areas of the state. It has four federal constituencies, namely Oru West/Oguta/Ohaji Egbema, Oru East/Orlu/Orsu, Ideato North/Ideato South and Njaba/Isu Nkwerre and Nwangele. Among these constituencies could be found people of quality, integrity and character who have paid their political dues. In other words, at any given time Orlu can only send its first eleven to the national level. It is this zone that produced such great political actors like DR.K.O Mbadiwe, Chief B.U Nzeribe, Senator Arthur Nzeribe and of course the immediate past governor of the state, Chief Achike Udenwa.

Some sons and daughters have indicated interest to represent the zone at the upper legislative chamber next year. The incumbent, Senator Izunaso who is entitled to re-election is one of them. A member of Board of Trustees of PDP , Chief Hope Uzodimma is also there, while Udenwa is said to have thrown his hat into the ring.

Ordinarily, what should occupy the minds of an average Orlu man or woman is to vote for the man who can do the job. In other words, such issues as competence, integrity and capacity to perform should drive the campaign for that top legislative job. The media attacks earlier referred to have not adequately addressed these issues.

Be that as it may, the history of representation in Orlu zone since the Second Republic and the urgent need to ensure fairness and equity as demanded in the constitution of the Federal Republic of Nigeria have totally relegated the question of competence and performance to the background. While one is not advocating mediocrity above competence and merit, the truth that is self evident is that all the present contestants are goal getters and eminently qualified to occupy the position.

However it has become worrisome that since the Second Republic, the Orlu senate seat has been domiciled in only ONE federal constituency to the exclusion of the other three. We all know that this glaring domination is against the spirit of fairness and equity.

The Oru West/Oguta/Ohaji/Egbema federal constituency produced Senator Arthur Nzeribe in 1983. In 1992 - 1993, it produced Alhaji Umar Maduagwu. At the inception of the current political dispensation in 1999, Senator Nzeribe staged a come back and was there for eight years. After Nzeribe, Senator Izunaso from the same constituency was called upon to take up the position. Thus this same constituency has held the position for FIVE CONSECUTIVE terms. Is that the definition of farness?

It is instructive that in 2007 when the Orlu Political Consultative Assembly (OPOCA) bought the senate form for Izunaso and took him around Orlu zone, people were not happy because they felt that the position ought to have gone to any of the other federal constituencies especially Ideato North/Ideato South. But because of the conspiracies of the time, the lot fell on Izunaso.

That is why the emergence of Chief Eze Duruiheoma (SAN) from Ideato South as the Imo State chairman of PDP is a welcome development. The people from that federal constituency have been given a sense of belonging as far as sharing of political positions in Orlu zone is concerned. So what now happens to the other federal constituencies outside Oguta/Ohaji/Egbema and Oru West? Are they to go empty handed while those who have occupied the senate seat for FIVE TERMS continue to dominate?

It is also noteworthy that in the current political dispensation in Imo State, the same Oru West/Oguta/Ohaji/Egbema federal constituency holds the positions of the Speaker of Imo State House of Assembly, Representative of Imo State in NDDC as well as the powerful chairman of Imo State oil Producing Areas Development Commission. If we support this brazen act of marginalization of other areas in Orlu, can we now complain against the domination of the North in the political affairs of the country?

However, the consolation or glimmer of hope is that political elders in Orlu zone are aware of this huge challenge and are poised to redress the injustice. One of the reasons why OPOCA opposed the recall of Izunaso was that it wanted the Distinguished Senator to serve out his tenure for the position to rotate to another federal constituency. The organ which is known for its militancy, is also reputed to fight for the oppressed.

So, it is naturally expected that OPOCA should wade into the Orlu senate seat debacle to ensure that justice is done. It is also heart warming that Senator Nzeribe who has been a key beneficiary of the injustice against other federal constituencies is now the apex leader of Orlu political stakeholders' forum.

His body is also expected to hand over justice to the other areas in Orlu zone as regards the senate seat.

. In conclusion, as the leaders take on this onerous task of guiding PDP delegates in choosing the best candidate for the Orlu senate seat, let them put the Rotary four way tests into consideration. If that is done, the unity of Orlu shall be preserved.