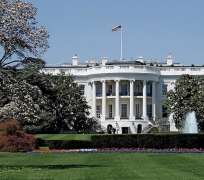 United States’ voters have sent trouble to Washington DC; their new representatives in Capitol Hill are to give the man in the White House a fight. It is what every opposition does – give a fight. Opinion poll did say what Americans would do long before they did it on November 3. It said the Democratic party would lose, and that the Republicans would take over Congress. The Republicans cleared the House of Representatives in the end, clinching well over the 218 seats it needed to be in majority, while the Democrats had over 50 seats to retain majority in the Senate. The third contender, Tea Party, fought. But it didn’t do so well to match the noise it made, though its showing cost its Republican party ally control of the Senate.

Way back in November 2008, voters had sent President Barack Obama to Washington. That place is a mess, go and clean it up, was their message then. He did meet a mess. There were two wars going on then that many Americans didn’t want. There was an economy that was on its knees. In November 2010 the economy is improving, the president has returned his troops home from one of the wars, and the other war is in better hands. But the same voters spoke against their president in that last election. The president has since taken the blame for his party’s losses. All good leaders do that. But it’s a mistake to heap all blames on the man in the White House, for the results of that election is part of a chain of reactions to the state of the nation and its economy, a thing that began under George Bush’s presidency, ever since the days of September 11. Sending President Obama to Washington was in itself a part of that reaction. And voters had sent his party to take charge of Congress too.

But why did November 2010 happen? Some 37 percent of all voters said their ballot choices reflected their opposition to certain issues on Obama’s agenda, which is about how the president goes about fixing the problems he met, not the one he created. And there is another reason for the outcome of the November election. Since the end of the 2nd World War, the party that wins Presidential election loses the next midterm elections. Issues do arise after American voters sent a man to the White House that make them want to take the Congress away from him, a thing that has to do with internal checks and balances. Americans have consistently shown that they prefer a split government – a party in control of the executive branch, while the other controls the Congress. This happened in the Bill Clinton years, for instance. The man won the presidency in 1992, but voters took the Congress away from his party in the 1995 midterm elections. The electoral losses were no few losses then, they were huge.

For a man that the world celebrated when he arrived Washington in 2008, there is reason to be concerned for Obama ahead of the 2012 presidential election. Will he have a second term? Something may work in his favour. It’s also a trend: the party that loses has always regrouped, refocuses, and comes out steaming in the next election. Facts and figures in US electoral history show that it pays sometimes to be in the opposition. Just finger what the ruling party does wrong, never what it does right, and the voters will soon vote for the change you proffer. It rarely fails to work. But apart from every other message, what the midterm election said was the president is expected to reorganize his approach, and he has to as a response to the electorate’s message. He may receive forgiveness ahead of 2012 that way. And yet there is another factor. True, the Republicans have arrived Washington promising to be tough, insisting they would roll back all that president Obama has achieved with his reform, and that they would implement every letter and every dot they promised the electorate. Many things are easier said. There are advantages the occupant of the White House has which the legislatures don’t have. The media leverage that the president has on that count is enormous. When it is well-utilized, congressmen incur the wrath of the public. It may work to President Obama’s advantage ahead of 2012.

The Republican majority in congress is also an advantage for the president on another count. He had deferred to members of his party in Congress in the last two years in order to ensure that his legislative agenda was not blocked. With the Republicans in control of the House of Reps, the president can have his non-partisan identity back and take the battle to the Republicans, meaning he can push his legislative agenda with more vigour, forcing the Republicans to be consistently negative. This way, he can take charge of the national debate and set the tone for jobs he started but which he must finish up in a second term – a lure every politician uses to get voters to his side. And there are the independent voters he will have to pay attention; those played a part in the last election. The president will have to pull them back to his side, and he will have to win the business community too. That way, he may mitigate the gridlock his people have created in the nation’s national politics and also ensure he stays in the White House beyond 2012.

But beyond President Obama tuning his presidency to the wishes of the electorates, there is another message in that election for a nation such as Nigeria. American voters had a wish to change the way they were led, that wish manifested after they visited polling booths on election day, a beauty of democracy. A call for an election which results reflect the wishes of the people is not fitting to be sent to a contestant. It should be for the umpire. Surely, it won’t be too much to add to the several calls already made on the umpire here to do all he can, and ensure that voters' message in April 2011 election is heard in this nation's capital city like it did in Washington DC Ajibade, a Consultant Writer, lives in Abuja. Email: [email protected]