WHAT IMPACT WILL GLO, HP, ESET MARRIAGE HAVE? 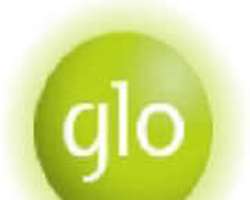 Shortly after Glo1 commercial launch, Globacom partnered with Samsung Electronics, West Africa, solely for its mobile phones. The latest, is now the partnership with Hewlet Packard (HP), an original equipment Manufacturer (OEM) and Eset, an anti-virus company to introduce a netbook.

The netbook, which is a mini laptop that is powered by Glo's 3G, has 160 GB SATA hard disk drive, webcam with integrated digital microphone and bluetooth wireless networking.

According to Globacom's Head of Marketing, Navdeep Kapur, the special bundle could be owned by customers for just N34, 000. The bundle package is made up of an HP Netbook powered by Globacom's 3G High Speed Internet service.

Kapur stated that whichever model the customer chooses, he is guaranteed to get N28, 500 cash back on the prices. While Eset, to provide free one year subscription of anti-virus package valued at N6, 000 to the customers.

'The SIM-embedded netbook model goes for N75, 000 while the second option that requires a separate modem is sold for N62, 500,' he said.

The marketing executive assured every customer of speed, quality and reliability, which he said makes the Glo 3G plus High Speed Internet service the best in the market. Continuous upgrade, according to him on the Glo network has enabled the company to improve its network quality, thus giving subscribers a world class internet service that delivers fast and easy handling of internet applications. While stressing that such applications include video streaming, gaming, chatting, data download and upload as well as instant messaging.

'The enhanced speed makes it possible to do video streaming or gaming without distortions. The user is able to enjoy real time internet sound or video, without having to wait to download a file to play it,'

Much as these companies have deemed it fit to change both the internet landscape of the country and making work tools readily affordable and available for the masses, the question begging for an answer is whether this is not one of Greek gifts? Some subscribers are skeptical whether this project like some previous ones from Globacom would not be jettisoned. Although, Kapur, revealed as at press time that the netbook is sold in almost every Glo outlets.

Some stakeholders have agreed that the marriage between Hp, Eset and Globacom may accelerate the level of computer literacy, create efficiency and empower entrepreneur. But the real issue according to them ,is how these companies intend to control cybercrime in the system and what strategies would they deploy?

On the other hand, one of them, Christy Amunike noted that the subscription fee should have become readily affordable, especially that Globacom has always preached the gospel of cheap telephony, saying 'And if the vision of Globacom's chairman, Mike Adenuga was and is to empower Nigerians to excel in all facets of life, then it would not be a big deal to ask for more since we have been asked by the organization to 'expect more',' he said.

'I just want to believe that Globacom is only playing around innovation and a way of becoming a dependable and trusted telecommunication company that we have around here in the country. With Glo 1, I want to believe that Glo should at least still go ahead to slash the price from N7, 500 to like N3, 000 .That way, even the poorest of the poor would be able to connect to the internet .if its not a media hype, the marriage is a good one considering the fact that there are pirated anti-virus software being sold and purchased in the country'.