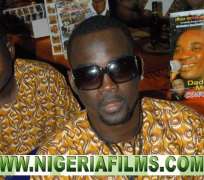 When the going was good between popular Fuji musician, Wasiu Alabi Pasuma, and fast-rising Nollywood actress, Ronke Odusanya, otherwise known as Flakky Ididowo, they were an item of sorts in the nation's entertainment industry.

Then, the Orobokibo crooner told whoever cared to listen that he had finally found his missing rib, so to say. But this is not so anymore, as the once hot romance has now finally hit the rock.

NFC gathered that the relationship crashed due to irreconcilable differences.

The rumour of their crashed romance had, until now, been discussed in hush-hush tone.