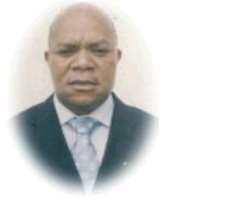 Feelers emanating from Asaba reveals that former governor of Delta state, Dr. Emmanuel Eweta Uduaguhan has been arrested.    A government house source said the former governor, whose election was annulled yesterday by an appeal court, was arrested by his chief security officer in Calabar.

However, attempt to swear in Hon. Sam Obi,speaker of the state house of Assembly  has been delayed by the chief judge of the state, who claims she has not received a copy of  the judgement that annulled Uduaghan`s election.