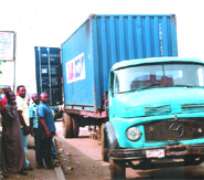 No fewer than 20 persons have been confirmed dead, while 33 others sustained serious injuries in two motor accidents in Zamfara on Sunday. The accidents occurred in Kaura-Namoda Local Government Area of the state.

He said the vehicle, with registration number XL494ABC, carrying more than 100 bags of potato with 42 people on top of the goods, was from Sokoto State. Abdussamad said the driver was allegedly over-speeding when the truck had a tyre burst, skidded off the road, somersaulted and killed seven passengers instantly, while two other victims died later in the hospital.

He said 25 victims who sustained serious injuries were rushed to Kaura-Namoda General Hospital for medical attention.

He explained that a Peugeot 505 salon car, with registration number AA746SKF, had a head-on collision with a Carina II vehicle, in which the passengers were burnt beyond recognition.

Abdussamad said 11 victims in the two vehicles, mostly children and women, died, while eight others escaped with various degrees of injury.

He said some of the victims were taken to the Federal Medical Centre, Gusau, while others were admitted at the General Hospital, Kaura-Namoda for treatment.

Abdussamad noted with regret that in spite of  the enlightenment campaigns on road safety and enforcement of traffic rules by the FRSC officers on the road, accidents still occurred on the highways.

He advised road users to always obey traffic regulations to reduce fatalities caused by road accidents in the country.