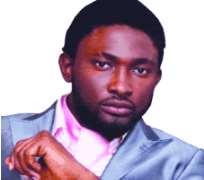 Uti
Days after he won the coveted $200,000 star prize in the Big Brother All Stars contest, Uti Nwachukwu has revealed his winning strategy. The musician and actor said, 'In 2008 when I was on Big Brother Africa for the first time, I struggled hard not to have a strategy which indirectly became a strategy for me and it affected me.

I over-reacted when I wasn't supposed to react at all'

Continuing he said, '…but this time around, I made up my mind to go there and have fun. I took it as if I was going on vacation. I didn't make myself believe I was playing a game and the whole world was watching, I lived as I would my everyday life.

When asked if he saw anybody as a strong contender, Uti said, ' I didn't see anyone as a threat or strongest contender. The best of the best were in Big Brother All Stars. Each and every contestant deserved the prize. That is why it was an all star competition.'

Uti however disclosed that he had favourites who he would love to meet again if he had an opportunity of going back. They include Sheila, Lerato, Mwisho and Munya. He also refuted claims from some corners that he lived a fake life in the house and won the reality show because he was pitied after the death of his father. He said, 'I was not fake; I was stripped bare of my emotions. I have never been that vulnerable when it comes to emotions in my life. I was shameless.

I wasn't someone else. I was 100 percent myself. I told myself, I didn't get the money because of sympathy, no. When we were in the diary room, I told Big Brother not to give me a special treatment. I should be punished when I deserved it and corrected when I deserved it. More so everybody in the house deserved to win.'

Uti Nwachukwu initially participated in the 3rd season of Big Brother Africa. It was sweet victory for Uti, who survived a number of eviction nominations in the course of the 91-day reality show and was never sent to the barn. Uti lost his father while he was in the house.

This is the second consecutive time a Nigerian would be winning BBA. Kevin Pam, a Nigerian, won Big Brother Africa last year.