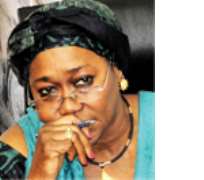 Within the last six months he has served as Nigeria's Attorney-General and Minister of Justice, Mr. Bello Adoke, has tactfully aided corruption by withdrawing more than 15 cases against corrupt politicians instituted by the country's anti-corruption body, the

Economic and Financial Crimes Commission(EFCC) a rights group has said.

Head of the Coalition Against Corrupt Leaders(CACOL), Debo Adeniran, who made this known today, has also warned President Goodluck Jonathan to immediately sack him before he infects the country the way his embattled predecessor, Michael Aaondoakaa, was accused of aiding corruption in the country.

The activist who spoke on the heels of the AGF's warning to the EFCC chairman, Mrs. Farida Waziri, who is said to have made a list of corrupt politicians available to the Peoples Democratic Party against the 2011 general elections .

It was learnt that Adoke warned the anti-graft agency's chairman against doing anything that would heat up the polity.

"We believe very strongly that the statement credited to the Minister of Justice in a letter dated Sunday 24th October a day before the EFCC list was released smacks of a hidden agenda by the corrupt elements with full backing of the AGF.

"I hope we don't have another Aaondoakaa in our hands.

"As such we demand that Mr. Adoke should be sacked like his predecessor since he is already working in concert with the corrupt elements in our society like Aaondoakaa did.

" We also condemn the action of the AGF to stifle the anti-graft war," he said adding that " within his six months in office, Mr. Adoke had withdrawn more than 15 cases filed in the court against corrupt people by the EFCC."

Coincidentally, this morning, Justice Emmanuel Ayoola of the ICPC cried out that the federal government, through the AGF, was frustrating the fight against corruption.

While tasking Nigerians to support the fight against corruption, Adeniran described the action of the as "a baseless and a flagrant scheme to deceive Nigerians who daily demand an end to corruption and the reign of the corrupt people in our country.

"If we allow these set of people to be elected because they are yet to be convicted by the courts where their trials have been stored for years by the same courts, what happens to the mandate already given to them?" He asked.

He said controversial list being displayed by the EFCC now was first published by his organisation in March this year in two national dailies adding that because of the action, some aggrieved politicians on the list had started threatening him as if he was the cause of their misery.

"They accused us of trying to heat up the polity and being used by a particular presidential candidate . We explained to them that we are not politicians like them.

"If we allow these set of people to be elected because they are yet to be convicted by the court where their trials have been stored for years, what happens to the mandate already given to them?

"Are we saying apart from these less than 100 persons standing trial for corruption charges, there are no clean and credible Nigerians to stand election for the 150 million people?" He asked.

He declared that the country and people would not fold their hands and watch the over N80 billion currently being spent on the election to yield an undeserved result.

"We shall soon embark on a street protest to press home our demand for credible candidates in the 2011 elections and for the sack of the AGF whose sole interest is to protect the corrupt from facing the consequences of their misdeeds," he emphasised, adding "We are going to continue the fight until they run out of the country for us like James Ibori ."